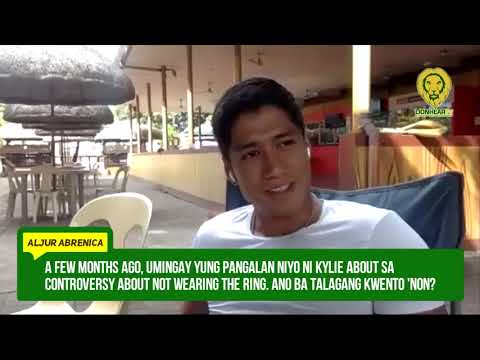 In BB’s Instagram live, she was cornered by fans who asked about her opinion regarding the controversial break-up of Padilla and Abrenica.

According to Gandanghari, she doesn’t know the story behind the issue so she refused to entertain questions about it.

However, due to the persistent request of her followers, she eventually shared her insight about her niece’s alleged love affair.

Since she also came from a failed marriage, BB shared a piece of advice for Kylie and Aljur.

“Ang paghihiwalay is not a joke, it’s not a career move or something to be para mapag-usapan ka, masakit ‘yan.

“So, what can I advise these two being younger that you are, try to keep your dirty linens in the washroom. I’m sure you know what I mean.”

Aside from keeping things in private, she advised the two to think about the welfare of their children.

“Try to keep things in private as much as possible kasi may mga anak kayo unang una, so yun lang. I think what they need to think about now are the children.”

The separation of the couple was first confirmed by Padilla’s father Robin during his interview with Ogie Diaz on July 7.

Since then, rumors about a possible third party circulated until speculations arose that Aljur is dating AJ Raval who eventually confirmed that the actor is courting her.

About the romance of Aljur and AJ, Kylie said that she has no issue with it since they are already separated.

However, the issue heated up when Aljur broke his silence and released his statement about their separation.

He accused Kylie of cheating first and so, he asked her to reveal the truth.

She then had a tell-all interview with Jessica Soho on October 24 regarding the issue. In the said interview, she denied the allegations of Abrenica.

She also cleared out the name of JM De Guzman who was also dragged into the issue.