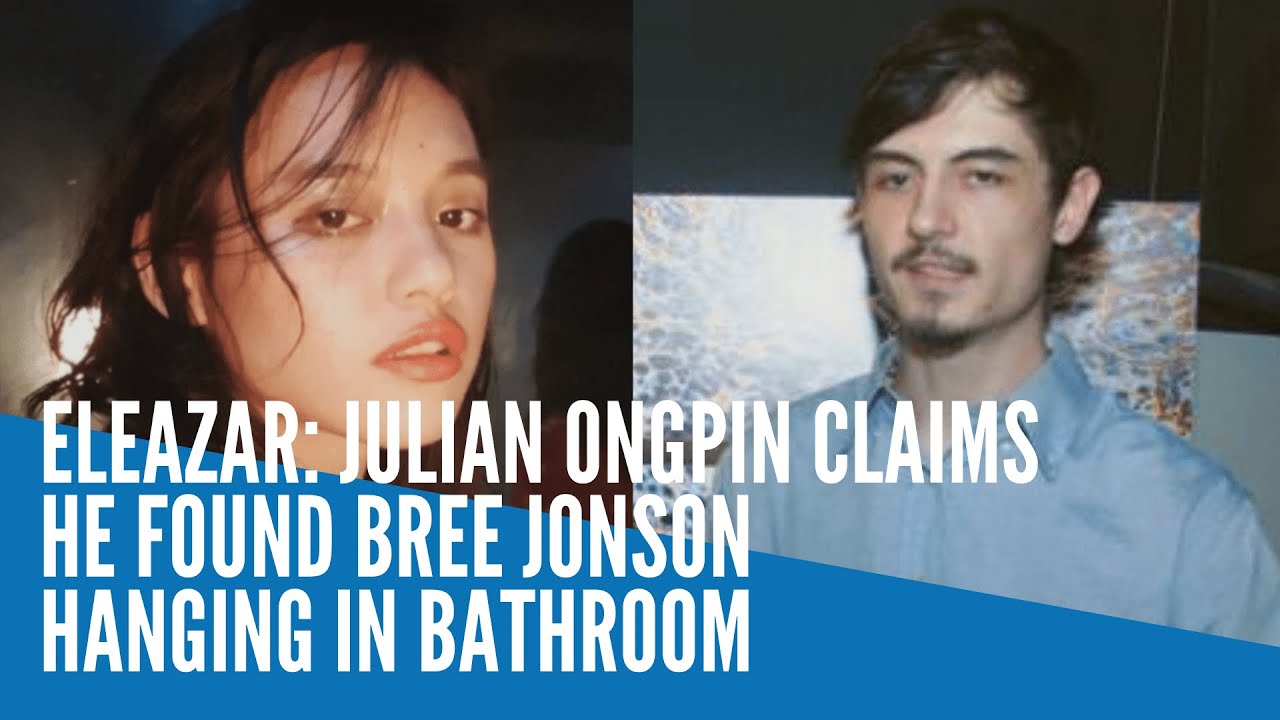 Philippines Entertainment
September 24, 2021
Under One Ceiling 0

Artist Bree Jonson‘s neck wounds and the bruises in her body showed that she struggled before she died, her family’s lawyers said on Thursday, September 23, as they tried to trace the events leading to her death while she was with billionaire’s son Julian Ongpin.

Also read: From the Stillness of Nature to Animals in Motion: The Art of Bree Jonson

They were countering reports that the 30-year-old painter did not struggle before she died at a surf resort in La Union, which was reiterated also on Thursday by General Guillermo Eleazar, chief of the Philippine National Police.

Ongpin had claimed that Jonson took her own life in the wee hours of September 18. The son of tycoon Roberto Ongpin has not been linked to Jonson’s death but was charged with cocaine possession. The pair both tested positive for drugs.

“Contrary to prior statements circulating on social media, the initial medicolegal report of Ilocos Training and Regional Medical Center showed signs of struggle. There were bruises found in some other parts of Breanna’s body other than her neck,” Sunga Salandanan and Ampuan Law Offices said in a statement.

Citing an autopsy report, Eleazar said there were no signs of struggle. “I’ve heard that Gen. Peralta (Brig. Gen. Emmanuel Peralta) has explained that to the media during interview, etong mga nakitang walang indication of struggle.” A second autopsy is being readied, the lawyers said.

Ongpin’s arm was also bruised. However, regional police chief Brig. Gen. Emmanuel Peralta, earlier said this was not caused by struggling with Jonson. Peralta quoted from an incident report from SOCO.

Also read: Art Patron Julian Ongpin Is Making the Headlines, But Not in the Arts

Investigators have so far reviewed footage from one CCTV camera, positioned outside the pair’s room at Flotsam and Jetsam Hostel in La Union. There was no surveillance camera inside the room, Eleazar said.

Jonson’s legal team said had also viewed the CCTV footage. The artist and Ongpin had a “heated altercation minutes before she was found unconscious in their hotel room,” the lawyers said.

The two were seen going in and out of their rooms before locking themselves in. About 20 minutes after, Ongpin went out and climbed to the fourth floor. He reeentered the room, went out, grabbed a ladder and positioned it against the wall outside their room where the comfort room window was located.

Ongpin climbed a ladder and removed three layers of jalousie glass panes, the lawyers said. His attempt to open the room explained the marks found on his arm, Peralta said earlier.

Ongpin then stepped down, went to the hostel lobby, reentered their room and stayed there for about five minutes. When he got out, a hostel staff came up to open the room with him. This time, Jonson’s body can be seen from the lobby’s CCTV, it said. She was then rushed to the hospital, where she was declared dead on arrival.

Eleazar appealed for patience as he awaits more information regarding the case.

“This is just part of the investigation and we are not discounting anything na puwede magresulta na maaaring maiba,” he said.

This story originally appeared on Reportr.world. Minor edits have been made by the SPOT.ph editors.