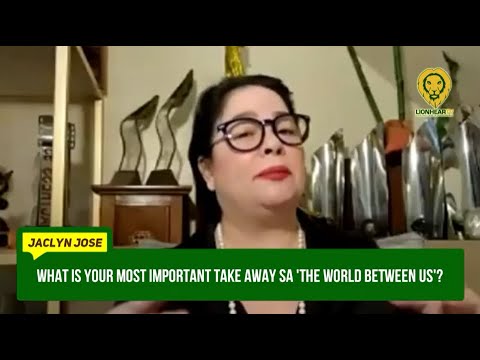 Philippines Entertainment
November 2, 2021
Under One Ceiling 0

On October 30, Jaclyn Jose threatened both Lauren Dyogi and Albie Casiño; as she defended her daughter Andi Eigenmann on Instagram after Casiño’s criticism toward Eigenmann.

In a promotional interview with Casiño, as he will be entering this year’s celebrity edition of Pinoy Big Brother, he remarked on Eigenmann’s weight.

“I don’t know if that’s bad of me. But it brings me great joy to know she gained a lot of weight now.”

Casiño also mentioned that Eigenmann allegedly did not apologize to him after she made the false announcement of him being the father of her child.

On a deleted facebook post, following Casiño’s tirades on Jose’s daughter, she released a threat to Casiño and Dyogi, ABS-CBN’s Head of TV Production and the executive producer of Pinoy Big Brother.

Jose pleaded that her daughter is already silent over the issue and hoped they would prevent Casiño from opening his mouth.

“I so adore you ‘wag mo sirain ang pangalan mo jan sa mamang ‘yan.. You want me to be quiet? You know me better than that?! Yung member niyo? Yung Albi Casinio? He has to keep his mouth shut? Don’t use my daughter in your circus.. di niya alam ang pinagsasabi niya.