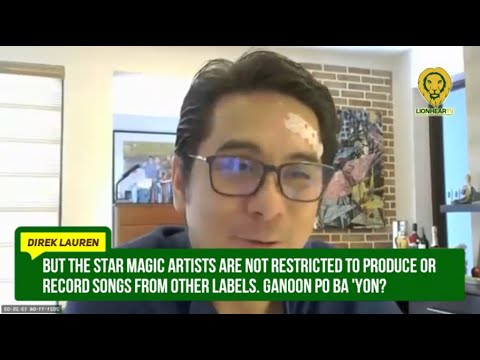 Philippines Entertainment
November 9, 2021
Under One Ceiling 0

During the media conference for Star Magic Records’ launch, Dyogi teased that they plan to launch one artist per month in the talent management arm’s 30th year.

However, he clarified that they are currently focusing on their banner artist, AC Bonifacio.

“But for now, we would like to concentrate on AC because she will [still] continue. This [Fool No Mo] will only be the first single. She will produce and create more music in the coming months. We have a lot of plans for AC, not only locally but globally.”

Star Magic Records recently launched Bonifacio as their first artist with the single Fool No Mo on November 4. Bonifacio’s single is available for streaming worldwide on all digital platforms.

As for Star Magic Records, Dyogi also noted that the sub-label would also help other Star Magic artists explore their talents in music recording.

“Yes, it’s another platform for Star Magic artists to explore either their hidden or their passion for music. We also discover new talents through Star Magic records. Syempre we discuss this with Roxy and Jonathan kung babagay ba ito sa label.

“But definitely, if you are a Star Magic artist, you have the possibility of having a song recorded and released through the label and through ABS-CBN music.”

Earlier in the interview, Dyogi described Star Magic as a prism for Kapamilya artists to enhance their talents.

“When we were doing the brand essence of Star Magic Records, I think it came out of the brainstorming I mentioned na, Star Magic is a medium na wherein when there’s a white light that goes through Star Magic, it becomes a collection of colors.

“So parang ano lang ‘yan, one artist, you come in, and you don’t realize it, through the enhancement of Star Magic and all the other platforms. You are able to discover a lot of your talents.”

0
0   0
previous The 4th Lourdes Montinola Piña Weaving Competition
next Spend the week at Ortigas Malls for the 11.11 Big Christmas Sale from November 8 to 14, 2021!