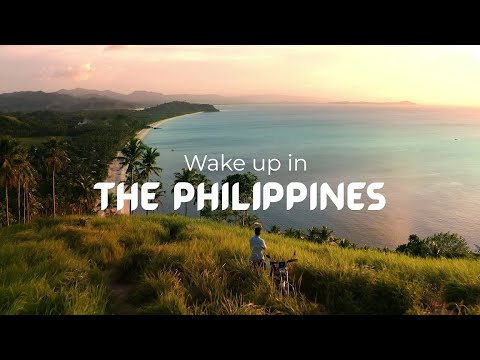 Philippines Entertainment
July 13, 2020
Under One Ceiling 0

The Department of Tourism has released a series of advertisements amidst the pandemic to encourage foreigners to dream of paradise and compel them to include the Philippines in their planned itineraries once the health crisis is over.

Dubbed “Wake Up in the Philippines,” the campaign highlights the thrilling adventures like swimming under waterfalls, going on daring mountain treks, and even surfing large waves. The tourist spots being featured are provinces in Central Luzon, SOCCSKSARGEN, CALABARZON, and MIMAROPA.

Wake Up in CENTRAL LUZON

Wake Up In SOCCSKSARGEN

Dream about this pristine getaway where local culture is woven into nature. Unravel tradition and get a glimpse of what it’s like to live the life in SOCCSKSARGEN – South Cotabato, Cotabato, Sultan Kudarat, Sarangani, and General Santos.

Wake Up in CALABARZON

Wake up to the sounds of nature. Let CALABARZON – Cavite, Laguna, Batangas, Rizal, and Quezon take you on a spiritual journey with its calming atmosphere.

Wake Up in MIMAROPA

Once in a while, we catch ourselves dreaming of paradise. Known for its culture and biodiversity, it’s time to put #MIMAROPA – Mindoro, Marinduque, Romblon, and Palawan on your list as we enter the 2nd half of 2020. Here, you can bring different varieties of fish, fruit, and sweets back home for your family to enjoy.

While waiting for these thrilling adventures to happen, everyone is invited to plan their itineraries here: https://philippines.travel/wheretogo

The post DOT Releases a Series of ‘Wake Up in the Philippines’ Ads appeared first on Starmometer.

0
0   0
previous These Quirky Handcrafted Earrings Are for Fans of Pinoy Street Food
next Kris Aquino, mum about the rumored cancellation of her supposed comeback TV project