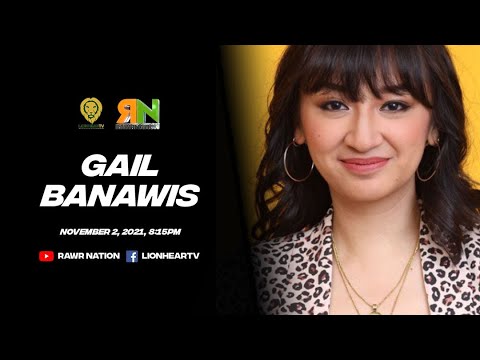 Philippines Entertainment
November 4, 2021
Under One Ceiling 0

In an exclusive interview with LH, the 24-year old young talent revealed that Pasabuy allowed her to work with one of her idols, Nana Silaryo, who plays Madam Minchin in the series.

“Actually, to start with Nana, I’ve been a fan of her for a while. I was starstrucked at first but sobrang masaya s’yang kasama si Nana.

“And what you see on screen is exactly what you get off-screen. It is really cool kasi ‘di ba minsan kung internet personality ka, iba on-screen and off-screen but she’s the same all throughout,” she revealed.

She also had been guided by singer-actor MJ Cayabyab, whom she considered her mentor to find her confidence in acting.

“Si MJ naman, sobrang galing ni MJ even though he’s gone through so much in his career. He is very seasoned, I guess. He’s still willing to help newbies like [me].

“He was very helpful and he gave me the confidence to go for my scene without any fear,” described Banawis.

The series also featured two of the fast-rising artists in the industry, Gino Roque and Heaven Peralejo.

Banawis admitted that Roque struck him as a snob, given his status as a successful young entrepreneur. However, she was wrong and described him as a “hype man,” channeling his good vibes into the person he’s interacting with.

“Si Gino, sobrang mabait. Nicer than I thought. Kasi akala ko na since he’s a rich guy, and he’s gone through so many things, and he’s a businessman, baka may pagka-snob s’ya.

“Pero no, he is so normal. He is like a hype man, I feel like. Kasi once he feels genuinely proud about something or excited, he will make you feel better and encourage you to know it.”

The young artist also got to work with her former PBB housemates Ralph Malibunas and Ella Cayabyab.

Now that they are working under the same show, Banawis admitted she was extremely proud of the three of them, realizing that they can thrive in the real world even if they were unsuccessful in PBB.

“I feel really proud because there was a time din sa PBB mismo na kaming tatlo ang hindi napili to get like partners or to get any extra help from the other housemates and the very fact that we were chosen here, it says something that you know na just because you weren’t chosen sa PBB, doesn’t mean that we’re not worthy of being chosen in the outside world, and dito naman talaga ang totoong laban ‘di ba?

“So it’s really heartwarming to see all of us grow from how we were sa PBB until now, it’s so gratifying and I’m excited for all three of us yung career paths namin, where we’re going to go. Kasi alam namin sobrang exciting coz we’re all very different things to offer and I’m excited [about] it.”

To add, Banawis believed that Ella deserves the project more than anyone.

“She’s extremely deserving and I’m proud of her with what she’s done so far,” she stressed.

As for Xian Lim who is directing Pasabuy, Banawis described him as a “collaborative director,” helping her open up with her character.

“He makes us feel like he’s not directing you, but more so para s’yang collaboration. So whatever ideas you have, and his ideas, he gives you time na parang to talk about it and to discuss how to really execute your character.

“And because of that, I felt so welcomed because nakikita ko mga reactions n’ya sa mga ideas ko.

“Sa sobrang open n’ya, it gave me more confidence to do what I wanted to do with my character. And I really appreciate that because you’re not just acting but you’re also creating at the same time.”

The series began September 24, Friday, at 7 p.m. exclusively on WeTV with new episodes dropping at the same time each week.