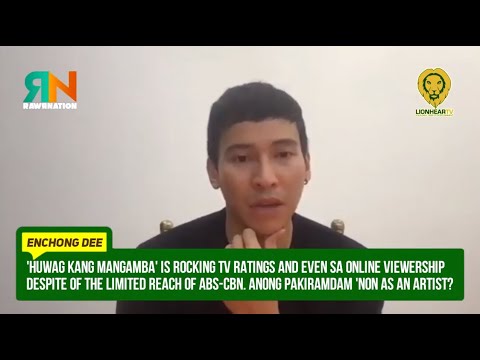 Philippines Entertainment
October 23, 2021
Under One Ceiling 0

Despite their limited reach due to the shutdown of the ABS-CBN network, these two Kapamilya shows continue to compete in ratings.

On October 18, based on the data released by AGB Nielsen, Huwag Kang Mangamba ranked fifth in the rating chart with a 7.5% rating.

This inspirational drama’s rating on Monday is record-breaking since it usually lands between the 7th or 9th spot. In terms of online views, it earned 300k to 450k views on YouTube.

In the said episode, Mira (Andrea Brilliantes) finally got back to Hermoso and was shocked by the changes to the town and its people, including her friends. Eva (Mylene Dizon) also risked her life by divulging to the public the anomalies of Miguel’s (RK Bagatsing) administration. Joy (Francine Diaz) also continues her goal of dragging her aunt Deborah down.

As Huwag Kang Mangamba climbs up, FPJ’s Ang Probinsyano remained steadfast in third place with a 10.4% rating on Monday.

The action-drama series led by Coco Martin, also remains to be the most-watched Kapamilya program nationwide.

Its domination continued in terms of online platforms. On YouTube, it has earned about 650k to 900k views for the said episode.

0
0   0
previous Sophie Reyes shares how it feels to be part of a showbiz family
next TJ Monterde collaborates with Korean singer-songwriter YELO, the new song ‘Little Things’ is out now!