Lifestyle
Home Entertainment Philippines Entertainment Is it necessary for celebrities to unfollow their previous network after transferring to a new one? 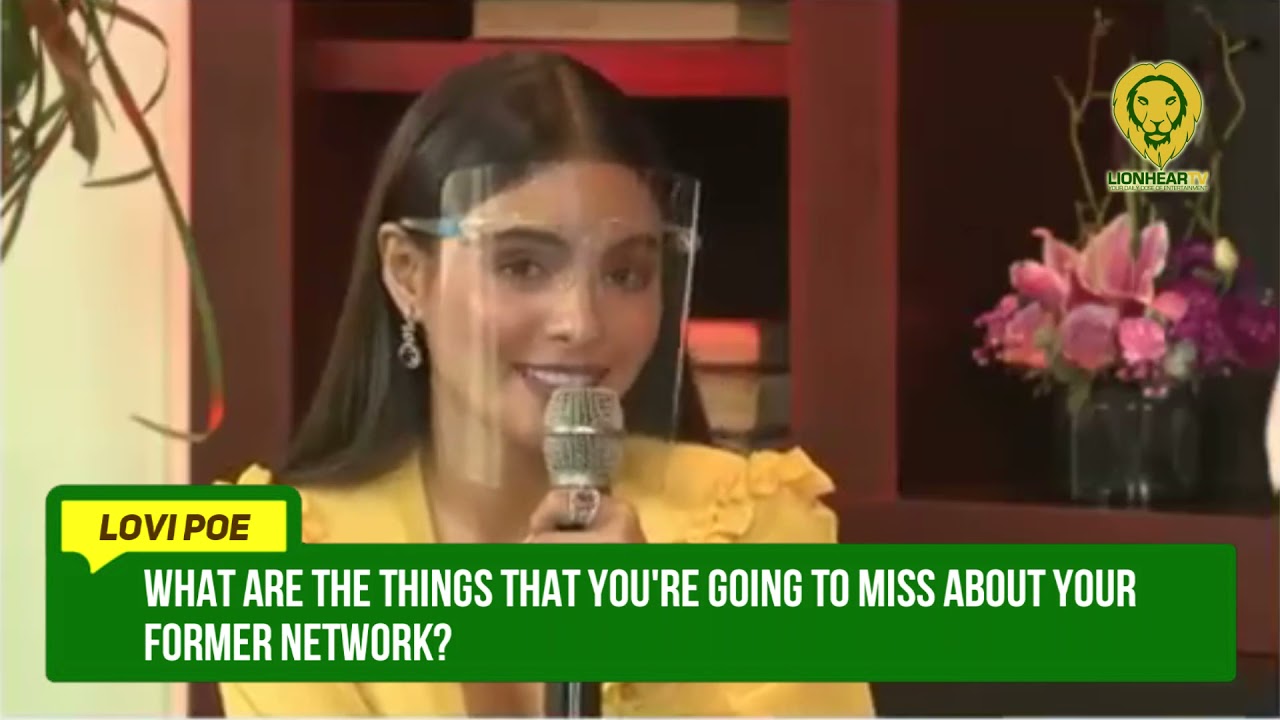 Philippines Entertainment
September 20, 2021
Under One Ceiling 0

Should celebrities unfollow their previous network upon transferring to a new one?

Celebrities tend to transfer from one network to another and it is not uncommon in the showbiz industry.

The line, ‘there are no permenent friends or enemies in showbiz, only interests’ holds real–even till this day.

Following social media accounts of their home networks is meant to show support and keep them posted with the latest news from their respective TV stations.

But upon checking on their Instagram accounts, LH found out that some of the recent and newly transferred artists may have unfollowed their respective networks after making the switch.

Here are six celebrities who unfollowed their old network:

GMA Network’s former ‘jewel’ has transferred to ABS-CBN on September 16. After making the switch, LH checked her Instagram and discovered that she may have unfollowed her former network’s IG account.

For 15 years she was with the Kapuso before the expiration of her contract back in 2020 and did not renew it even if she was offered to stay.

Poe was grateful to her previous network for her fruitful years with them.

“And, I feel like it’s time to work with the best of the best of ABS-CBN. I’m just looking forward to working with amazing actors, [amazing] directors, everyone. And more importantly, making new friends, also here. That’s the [biggest] factor.”

Among the newly transferred Kapuso actresses to the Kapamilya Network was the prominent actress Sunshine Dizon who signed a contract back on April 30.

For 25 years, Dizon was a Kapuso actress but shocked her fans when she did not get any projects for GMA Network’s nearly 100 show lineup in 2021.

Her last project as a Kapuso was Magkaagaw along with Sherly Cruz in 2019.

Meanwhile, as a recently acquired talent of ABS-CBN, Dizon is part of the newest Kapamilya series Marry Me, Marry You alongside fellow transferee Janine Gutierrez, who is next in our list.

On January 15, 2021, Kapuso big star Janine Gutierrez made her switch to the Kapamilya Network.

After being with GMA Network for almost a decade, Gutierrez decided to become a freelance artist following her non-renewal with the Network.

Although her transfer was surprising, Gutierrez expressed her thanks to GMA Network for making her one of their biggest stars.

But when LH checked her IG account, she no longer follows the Kapuso Network’s social media account, though the actress also did not follow ABS-CBN’s IG accounts. So maybe, she opted not to follow any of the networks she has affiliations with.

One of the biggest Kapamilya stars, Bea Alonzo shocked Filipinos as she decided to take her talents to GMA Network on July 1.

During her grand welcoming, Alonzo revealed that she was interested to have a fantaserye project, which GMA Network has been known for.

Back in 2020, Star Magic revealed that Alonzo was no longer part of its roster of talents after spending almost 20 years with the Kapamilya talent arm.

Her move encountered numerous turmoils, including the cancellation of a Kapamilya show because of her transfer.

But when LH checked her IG, she no longer follows ABS-CBN’s social media account after her switch, though the actress was also not following her new network.

Before transferring to her current network, comedienne Marietta Subong, popularly known as Pokwang was acquired by TV5 after ABS-CBN, her home for 15 years, went off the air in 2020.

When she finally decided it was time to transfer to GMA Network, there was a bit of an issue given that she left the embattled ABS-CBN.

However, upon hearing Pokwang’s side, she revealed that as early as 2019, she already approached GMA Network’s talent arm GMA Artist Center (GMAAC) for a possible contract with them.

Also, the comedienne stressed that ABS-CBN, given the situation it was currently in, permitted her to work with another network.

On the other hand, Pokwang has yet to follow her new network on her IG.

Almost a year after his transfer, Yap revealed the reason why he chose GMA Network over ABS-CBN.

According to the actor, he wanted to have a more stable network given that he is more of a practical type of person.

“GMA has been there for a long time, and they’ve been doing a lot of shows for a long time. Of course, I will choose a more stable network. I think that’s the main reason for us to choose GMA over other networks.”

But the big question is: did he unfollow ABS-CBN after his transfer?

Well, it may be possible since LH checked his IG and noticed that he only now follows GMA Network’s social media accounts.

These are just some of the celebrities who might have unfollowed their previous network before switching to another. Though it may seem odd, it is their choice, and maybe, there is a deeper meaning as to why they made that move.

The post Is it necessary for celebrities to unfollow their previous network after transferring to a new one? appeared first on LionhearTV.