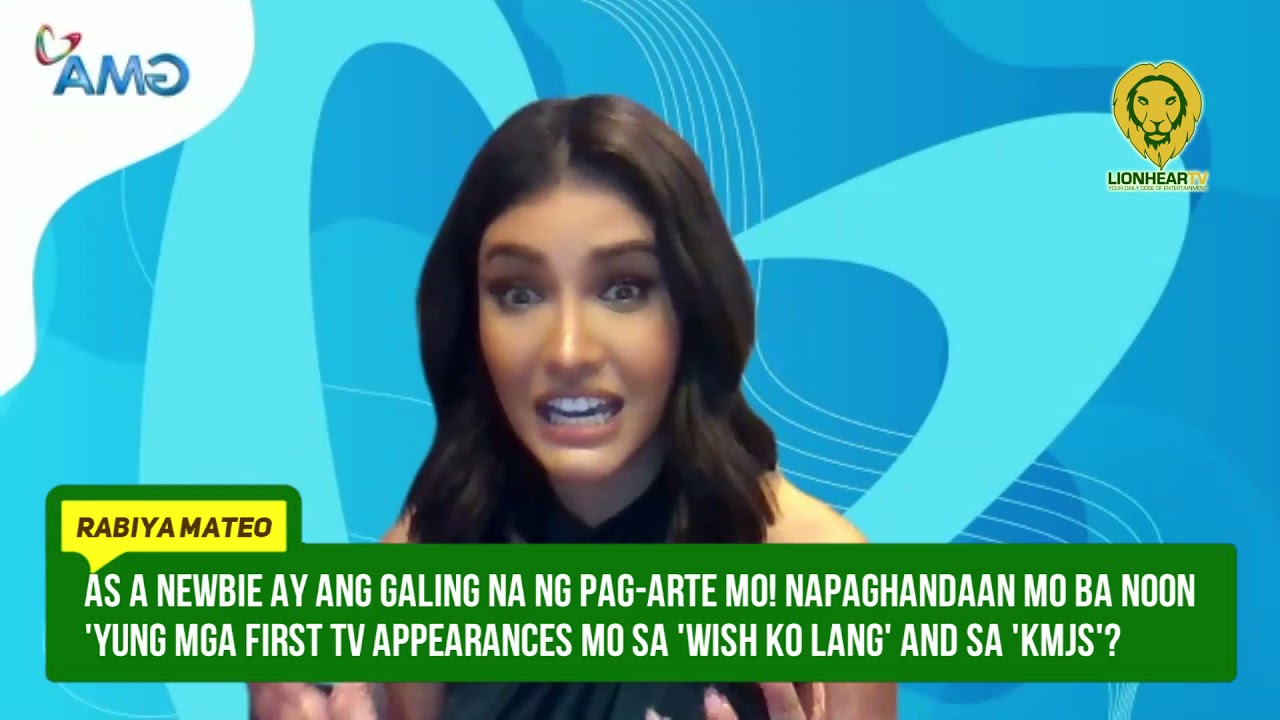 2020 Miss Universe Philippines Rabiya Mateo felt on Thursday, November 18, that she is at home after fulfilling another dream of hers—joining showbiz.

Mateo was also certain that she made the right choice to join the Kapuso Network after meeting one of its executives, Annette Gozon-Valdes, before competing for the Miss Universe crown.

“And to be honest, even before going to the U.S. to compete for Miss Universe, na-meet ko na po si Miss Annette Gozon, yung ibang managers po working under GMA. It feels like the right decision to do so kasi naramdaman ko sa kanila na hindi nila ako papabayaan, that they will guide me. Kaya pinipili ko po ang GMA.”

Mateo also believes that the Kapuso Network, which she now considers her family, would further develop her skills as an artist.

“Up until now, I can’t believe na I will have a lot of projects with them, na they will guide me. I consider them as my family. Totoo po talaga, malaki po ang pasasalamat ko sa potensyal na nakita nila sa akin.”

Becoming a Kapuso was also another dream come true for the former beauty queen.

“To be honest, kanina, para akong maiiyak,” admitted Mateo. “It’s the joy talaga of fulfilling another dream, of the trust na ibinigay sa’yo ng network to give you projects.”

The 25-year-old beauty queen from Iloilo also felt welcomed after being greeted by other Kapuso artists.

“Sobrang saya po talaga. Actually earlier noong nakita ko sa LED na they are all welcoming me as the newest part of the family, sobrang sarap sa feeling kasi it’s another dream that is about to come true.”

She was also overjoyed by the trust given to her by her new home as she is about to star in the action series Agimat ng Agila alongside Sen. Bong Revilla.

She passed her Miss Universe Philippines title to Beatrice Luigi Gomez of Cebu in September this year.

The post Rabiya Mateo fulfills another dream, says GMA Network made her ‘feel at home’ appeared first on LionhearTV.

0
0   0
previous ALAMAT, LITZ, Magnus Haven reacts to people calling them the future of OPM
next What’s next to Primetime Bida and ‘ASAP’? TV5 open for more ABS-CBN shows