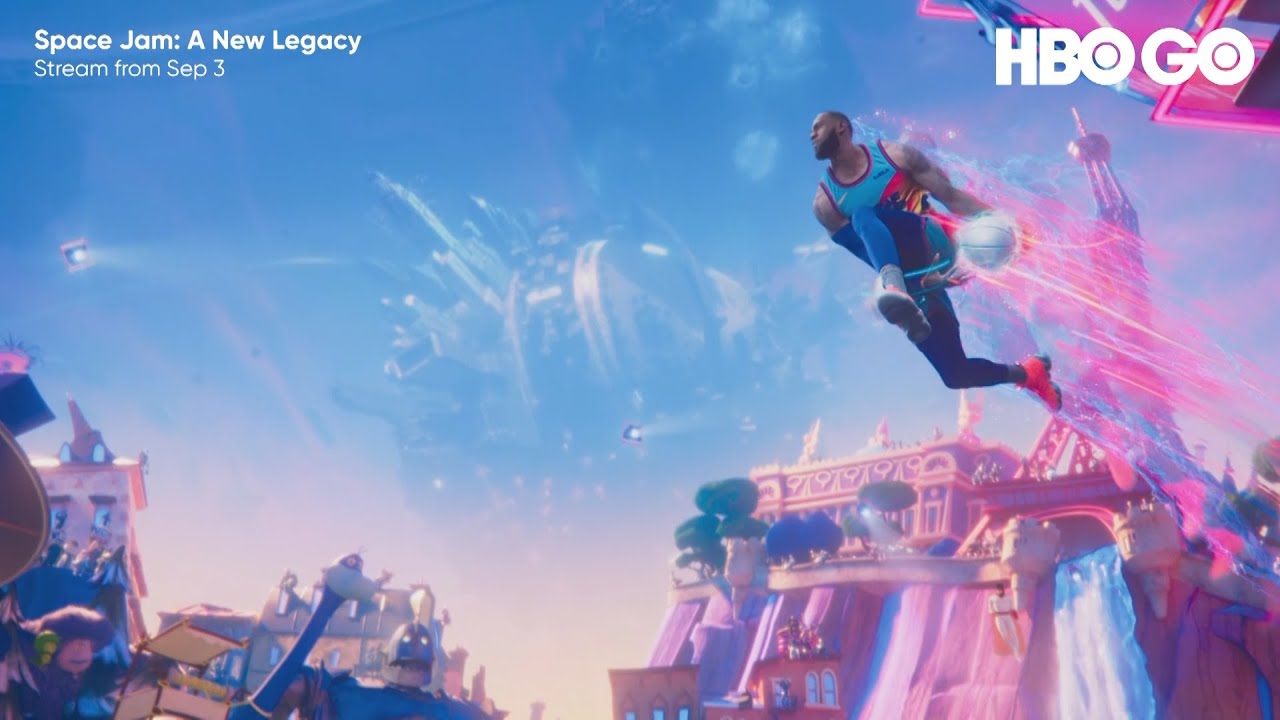 Philippines Entertainment
August 26, 2021
Under One Ceiling 0

Welcome to the Jam! Basketball champion and global icon LeBron James goes on an epic adventure alongside Bugs Bunny and the Looney Tunes as Space Jam: A New Legacy gets in the game on HBO GO from September 3.

Directed by Malcolm D. Lee and composed of an innovative filmmaking team including Ryan Coogler and Maverick Carter, this transformational journey is a manic mashup of two worlds that reveals just how far some parents will go to connect with their kids. When LeBron and his young son Dom are trapped in a digital space by a rogue A.I., LeBron must get them home safe by leading Bugs, Lola Bunny, and the whole gang of notoriously undisciplined Looney Tunes to victory over the A.I.’s digitized roster of professional basketball superstars as you’ve never seen them before.

With Tunes vs Goons, LeBron’s in for the highest-stakes challenge of his life that will redefine his bond with his son and shine a light on the power of being yourself.

LeBron James has always felt a special connection to “Space Jam.” “When I was 12 years old, I needed inspiration where I was growing up,” he states. “Michael Jordan was one of those people who gave me inspiration, along with my mother. When I think back on watching ‘Space Jam,’ always having a love for Bugs Bunny and the Looney Tunes, and then you add Michael Jordan, one of my favorite inspirations growing up? It felt like it was a match made in heaven for me.”

In the 25 years since the original film’s release, James has ascended to the top of the basketball world. Now he finds himself in front of the camera, eager to carry on a legacy he’s proud to uphold. “It’s an honor for me to be a part of the ‘Space Jam’ world, to be able to reintroduce it to kids today and show them how unbelievable the Looney Tunes are, and how great our sport of basketball is, as well.”

If James is the soul of “Space Jam: A New Legacy,” the film’s heart can be found in Cedric Joe, who plays the character of LeBron’s tech-savvy middle child, Dom. Dom shares his dad’s all-in enthusiasm for his passion; the trouble is, for Dom that’s not basketball. Instead he dreams of being a videogame designer, but he struggles to speak up in fear of disappointing his dad.

However, once they are pulled into the Warner 3000 server-verse, it’ll take both of their skills to find their way out. “Dom is in love with videogames and coding. He is good at basketball but that’s not his main priority,” explains Joe. “Dom wants to build videogames and that’s what he wants to show his dad he can do, but his dad doesn’t really care about videogames because that’s not his priority. His dad is about basketball, and so he wants his sons to play basketball.”

“I think all ages should see this movie,” adds Joe. “It does have a message, that parents should sometimes open their eyes and see that their kids or other people can do more, that they have more skills than what you might think they have. Don’t underestimate people. Just listen.”

Stream or download Space Jam: A New Legacy on HBO GO. Download the app at the App Store or Play Store on your device. You can also access HBO GO via Cignal or at https://www.hbogoasia.ph/. HBO GO can be accessed via Android TV, Apple TV, LG TV and Samsung Smart TV – and comes with AirPlay and Google Cast functionality.