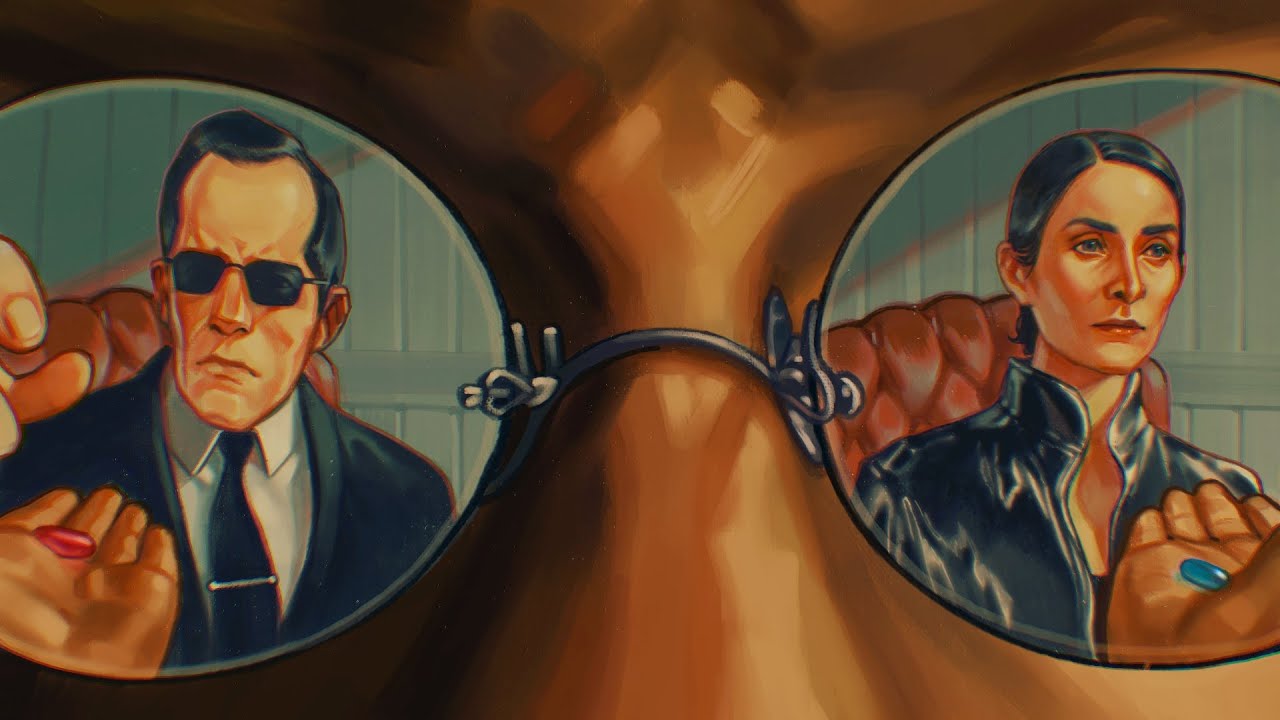 Like many other kids of the ’90s, Myriad Augustine was a fan of The Matrix. But as a trans, non-binary person, their connection to the film series meant something different.

Augustine knew their gender didn’t match with the gender assigned to them at birth, but as a child, there was little to do about this realization. That changed in 1999 when The Matrix, in all its sci-fi splendor, presented a new reality. “Even when I was very early in figuring out my own identity, there are things in the movie that resonated,” Augustine says.

The Matrix’s queer significance runs deeper with its fourth installment, The Matrix Resurrections, which premiered Dec. 22.

The dystopian series — set in a world where AI-powered machines have seized control and trapped humans inside a simulated reality — has inspired academic literature, video essays and social media threads that interpret its queer symbolism.

As it turns out, this wasn’t just fan speculation. Sisters Lilly and Lana Wachowski, who co-wrote and directed the series, both came out as trans after the first film hit screens. And in 2020, Lilly Wachowski confirmed that The Matrix was, as many in the community suspected, a trans allegory. But two decades earlier, a young Augustine had already taken note.

For years, fans of THE MATRIX have discussed the film through a trans lens. If you’ve heard the theory before or just learned about it, here’s a thread breaking down the trans allegory of the film, from trans writers and critics.

Welcome to the desert of the real. (thread) pic.twitter.com/XlgY8hAcNI

Now a board member of Youth Line, an organization that supports 2SLGBTQ+ youth in Ontario, they say The Matrix also speaks to the ways technology can foster community.

“When you think about the process by which 2SLGBTQ youth [are] contacting us, we don’t exist face to face with them. That’s the whole point: there’s anonymity and there’s safety,” they explain. Now, COVID-19 has thrust the organization further into the digital realm.

“Suddenly, we had to maintain our virtual existence while completely radically changing our physical existence. Not unlike The Matrix, I guess, now that I’m saying it out loud.”

The series follows Neo (Keanu Reeves) as he fights alongside a team of rebels to free humanity. The first film opens with Neo leading a double life: switching back and forth between his given name, Thomas Anderson, during the day, and Neo, his chosen internet hacker name, at night.

In the end, he embraces his true identity as Neo, and this journey has been long been linked to the gender transition process.

After writing and directing the original trilogy with her sister Lilly, Lana Wachowski is making history with The Matrix Resurrections as the first out transgender director to helm a major blockbuster film.

The Matrix Resurrections features openly gay cast members like Neil Patrick Harris and Jonathan Groff, and similarly to the original, some characters are queer coded (meaning, not explicitly stated to be queer). Queerness is arguably symbolized via the characters’ refreshed wardrobes, consisting of bright colours that are distinctly different from the original trilogy’s all-black aesthetic.

“The fashion was extremely on point for representing queerness,” says Augustine of the new film. This is perhaps best seen through Morpheus, Neo’s teacher, who is presented as a new version of himself.

Actor Yahya Abdul-Mateen II sets a new tone as the Morpheus of 2021. When Neo first meets Morpheus, he’s wearing a burnt yellow suit with a statement belt buckle. “All of the colours there are extremely resonant of Caribbean [and] West African culture,” remarks Augustine.

In the original film, the character (played by Laurence Fishburne) wears the iconic cyberpunk style that is now synonymous with the series. Fishburne’s Morpheus was the first time Augustine, who is a mixed Black person, felt represented in the overwhelmingly white goth subculture.

“I was friends with all the goths, but I could never be a goth because you just don’t have non-white goths really — which is not true, but that’s the message,” they explain. “To be able to see Morpheus in the original movie in this weird goth cyberpunk subculture was a huge entry point to inclusion for me.”

The Matrix has been lauded for its messaging of existentialism, choice and identity. Decades later, The Matrix Resurrections builds on its legacy in the queer community.