Having introduced the flagship Q8 SUV and A8 L sedan earlier this year, Audi is now prepping to take things further up a notch in the coming months. The German marque has lined up multiple model launches for 2020, with the Q2 SUV set to be the sales driver.

The Q2, which premiered at the 2016 Geneva motor show, has long been a contender for our market. So what does the Q2 have in store for us? Here’s the complete lowdown.

What is the Audi Q2? 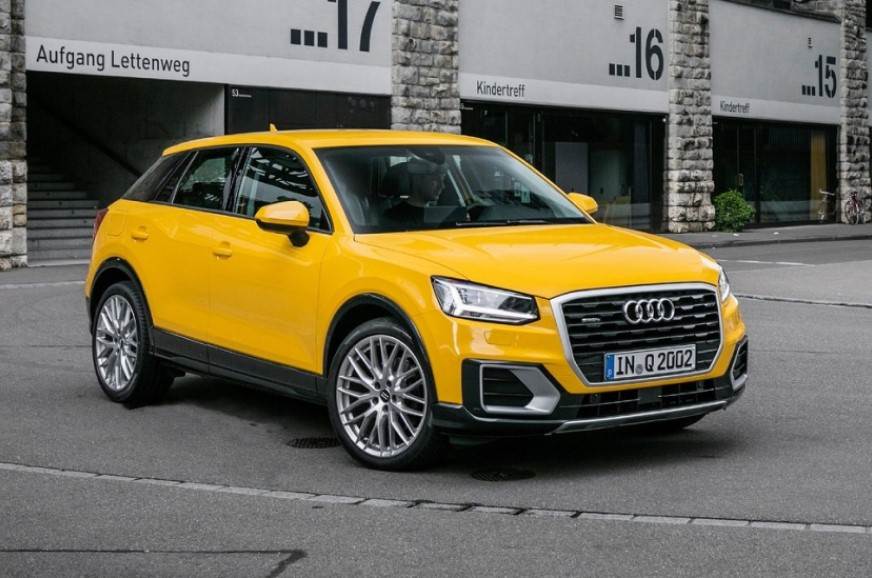 In terms of design, though instantly identifiable as a typical Audi SUV/crossover, the Q2 sports a number of bespoke styling touches that lend it a unique character. Up front, there’s a large, single-frame grille flanked by a pair of chunky headlights. The black cladding across the bumpers, wheel arches and running boards gives it a rugged look. International models even come with an R8-style blade on the C-pillar that can be optioned in multiple finishes. At the rear, a wide tailgate and square-ish tail-lamps provide it with a squat stance. 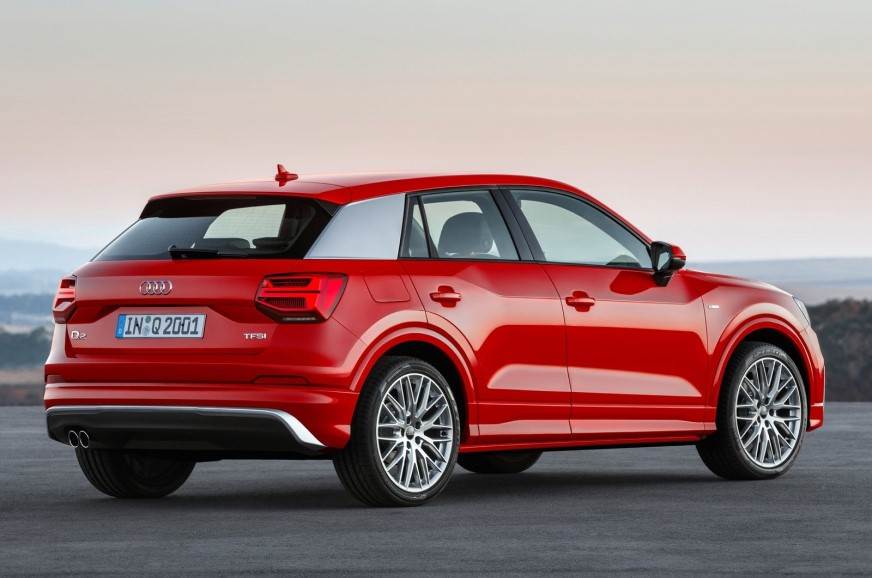 The Q2’s cabin is based on Audi’s previous-gen interior design language. Though it might lack the sheer flash value that modern Audi cabins bring along, it makes up for it with a neatly executed design. Key highlights include turbine-style air vents and a high-set multimedia screen that can be operated via a rotary dial placed on the centre console. Given the compact dimensions, passengers could find the space at a bit of a premium. Boot space is rated at 405 litres for front-wheel-drive versions, however, the Quattro all-wheel-drive layout that we will be getting, sees the capacity fall to 355 litres. 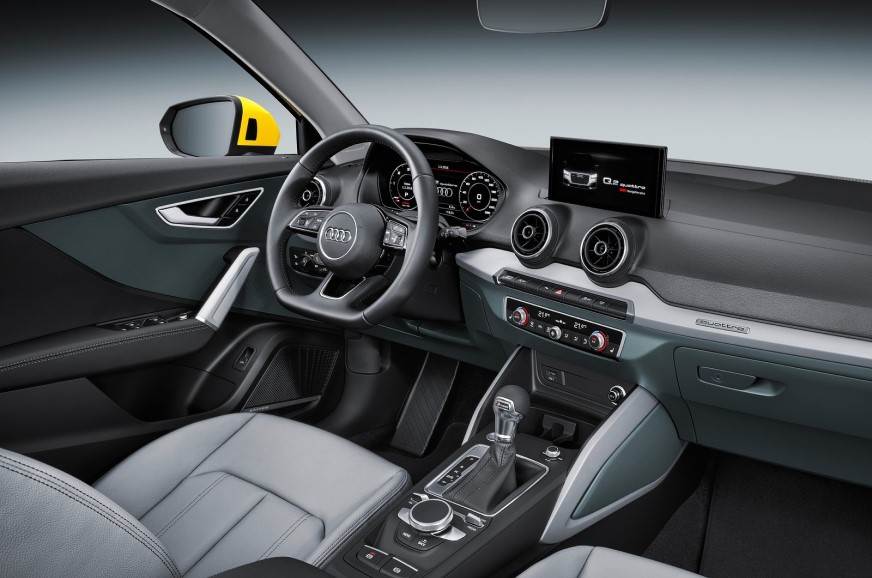 What equipment will the India-bound Audi Q2 have? 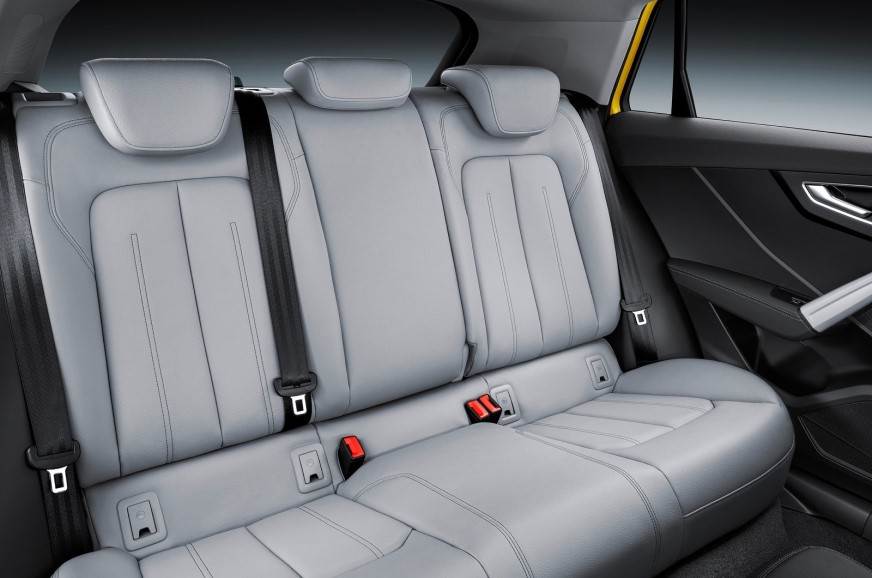 Which powertrains will feature on the India-spec Audi Q2?

Audi’s entry-level SUV will be introduced solely in the 40TFSI guise which will pack in a 190hp/320Nm, 2.0-litre turbo-petrol engine. This will provide the Q2 enough firepower to hit the 100kph mark from a standstill in 6.5sec (claimed) and continue to a top speed of 228kph. Transmission duties will be handled by a 7-speed dual-clutch automatic transmission paired with Audi’s Quattro all-wheel drive system.

What is the expected price point of the Audi Q2?

Order books are expected to officially open in August, though some dealers have already started accepting bookings for the upcoming model. Expect prices to be in the Rs 35-48 lakh range (ex-showroom), which would make the Q2 the entry point to Audi’s range in India. As such, it will primarily be pitted as an urban SUV for first-time luxury car buyers. Being half a size smaller than rival brands’ entry-level SUV offerings like the BMW X1, Volvo XC40 and the upcoming Mercedes-Benz GLA, the Q2 will have no like-for-like contenders in our market.

(Eagle News) — The Philippines logged over 200 more  Omicron subvariant cases. According to Department of Health officer-in-charge Ma. Rosario Vergeire, of the 225 additional Omicron subvariant cases, 190 were BA.5 cases, 34 were BA.4 cases, and one was a BA.2.12.1 case. BA.5 According to Vergeire, of the additional 190 new BA.5 cases, 162 individuals were from Davao Region, 23 from Soccsksargen, three from Bangsamoro, and one each from Caraga and Metro Manila. With the […] [...]

Hostens, France | AFP | A huge fire that has devastated swathes of southwestern France was largely contained, but firefighters face another “complicated” day, local authorities said on Friday. The 40-kilometre (25-mile) active fire front in the Gironde and Landes departments around Bordeaux “has not developed, but the weather conditions are pushing us towards extreme vigilance,” deputy prefect Ronan Leaustic told reporters. No new evacuations had been ordered on top of the 10,000 people already […] [...]

Yangon, Myanmar | AFP | An Australian economist detained by Myanmar’s junta has pleaded not guilty to breaching the colonial-era official secrets act, a source close to the case said on Friday. Sean Turnell was working as an adviser to Myanmar’s civilian leader Aung San Suu Kyi when he was detained shortly after the coup that ousted her government in February last year. On trial in a secretive junta court that journalists cannot access, he […] [...]