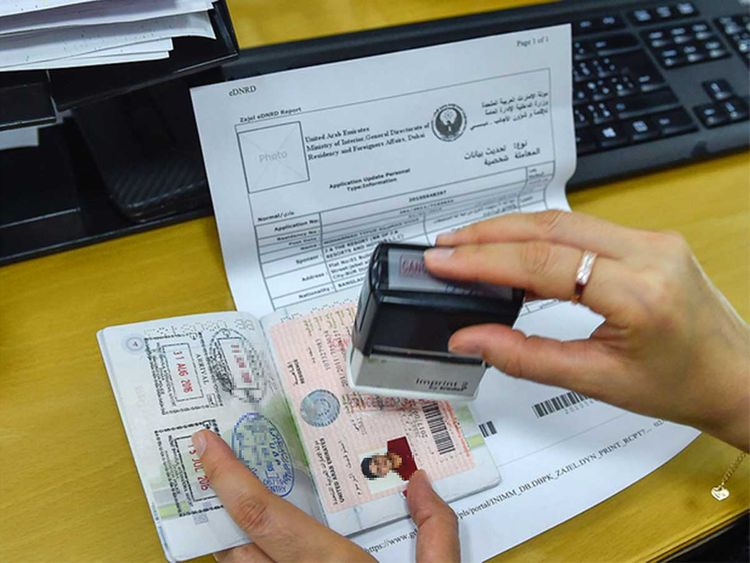 July 13, 2020
Under One Ceiling
Holders of expired UAE residency permits will have a three-month renewal grace period as of July 12 to avoid fines, a senior immigration officer said on Sunday.

Brigadier Khamis Al Kaabi, the official spokesman for the Federal Authority for Identity and Citizenship, confirmed the details on Abu Dhabi TV, after the UAE authorities on Friday reversed the decision to extend any residency visas that expired during the COVID-19 outbreak.

“UAE residency permits are now being renewed again and people have three months to renew their residency as of July 12. Fines will be imposed by the end of the grace-period,” Brig Al Kaabi said on TV interview.

The announcement was for UAE residents with permits that expired after March 1, 2020.

He said that residents outside the country will have one month when they land to renew their visa before fines are imposed.

Visitor or tourist visa holders in the country have one month to leave as of July 12 to avoid fines, according to Brig Al Kaabi.

The authority has resumed its services and is receiving renewal applications for expired residency visas and ID cards.

The authority called on customers to initiate the renewal of expired ID cards and residency permits of UAE citizens, as well as citizens of the Gulf Cooperation Council (GCC) and expatriate residents who are in the country.

From July 12, the authority has begun receiving renewal applications for residency visas and ID cards that expired between March and April, 2020.

For those that expired in May, renewal applications will start being accepted from August 8.

The authority has requested everyone to take advantage of the smart services it provides (on its website, ica.gov.ae), and adhere to the renewal schedule to avoid incurring administrative fines.

Earlier, it had been announced that holders of UAE residency or entry permits (visit/tourist visas) that expired after March 1 would be extended until December 31. However, on Friday, that provision was cancelled and residency visa renewals started on July 12.