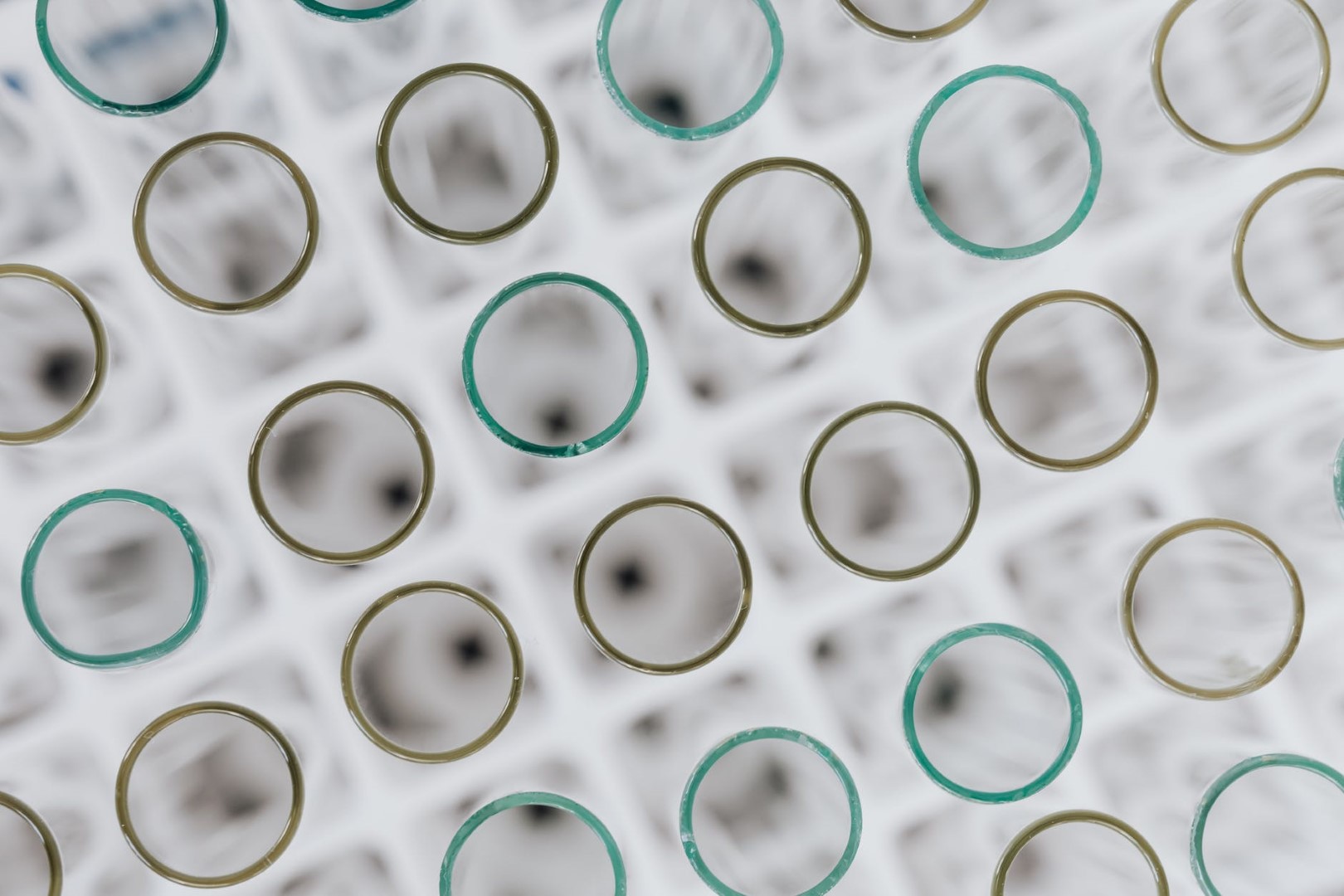 June 6, 2020
Under One Ceiling
Vaccine makers are racing to develop COVID-19 vaccines, and have advanced ten candidates into clinical trials. But challenges remain. Asher Mullard reports.

Vaccine development is typically a long game. The US Food and Drug Administration only approved a first vaccine against Ebola virus last year, 43 years after the deadly virus was discovered. Vaccinologists have made little headway with HIV or respiratory syncytial virus, despite huge investments. On average, it takes 10 years to develop a vaccine. With the COVID-19 crisis looming, everyone is hoping that this time will be different.

It might be. Already, ten vaccines against severe acute respiratory syndrome coronavirus 2 (SARS-COV-2) are in clinical trials (table), and researchers at the University of Oxford and AstraZeneca hope to have the first phase 3 data in hand this summer. Although many infectious disease experts argue that even 18 months for a first vaccine is an incredibly aggressive schedule, a few optimists believe that hundreds of millions of doses of vaccine might be ready for roll-out by the end of 2020.

“What’s happened so far has been nothing short of amazing”, says Penny Heaton, a vaccinologist and chief executive officer (CEO) of the Bill & Melinda Gates Medical Research Institute. Previous investments in new vaccine technology platforms made this possible, she adds.

Indeed, several of the most advanced vaccine candidates make use of emerging technology platforms. Moderna’s mRNA-1273, which entered into clinical trials just 66 days after SARS-CoV-2 was first sequenced, showcases the potential for nucleotide-based vaccines. Like traditional live-virus vaccines, these vaccines deliver a genetic sequence into a host cell, and co-opt host machinery to express antigens of interest. However, rather than using a weakened SARS-CoV-2 to transport the code, Moderna’s vaccine uses a synthetic lipid nanoparticle to carry mRNA templates. Like most other COVID-19 vaccines in development, Moderna’s candidate attempts to train the immune system to recognise SARS-CoV-2’s spike protein, which the virus uses to bind to and enter host cells.

The University of Oxford and AstraZeneca have embraced a recombinant vaccine called AZD1222 to achieve a similar effect, engineering a chimpanzee adenovirus to carry DNA for the spike antigen. Because adenoviruses are themselves immunogenic, such types of approach could generate robust memory B cell and T cell responses that might result in better prophylaxis with fewer doses.

But neither nucleotide-based nor adenovirus-based approaches have ever produced a vaccine that has been approved in the USA or the EU before. It remains to be seen whether mRNA-encoded antigens can confer sufficient protection against pathogens. Earlier attempts with adenovirus vaccines disappointed, at least partly because some recipients had pre-existing immunity to the first adenovirus vectors that were trialled. Additionally, although both platforms offer theoretical manufacturing advantages over established platforms, neither has ever been produced or distributed at scale before.

Others are focusing on more established technologies. Sanofi and GlaxoSmithKline, two of the four top vaccine producers, are working together on a protein subunit approach. Their lead vaccine candidate consists of the spike antigen itself, combined with an immunogenic adjuvant to trigger a strong immune response. The two companies hope to start a phase 1 trial later this year.

A few companies are also focusing on whole-virus approaches, in which weakened or killed SARS-CoV-2 is used to teach the immune system what to recognise.

In total, WHO lists more than 100 candidates in preclinical development. Many of the preclinical programmes exist on paper rather than in reality, cautions Wayne Koff, CEO of the Human Vaccines Project. Nevertheless, he adds, it is encouraging to have multiple advanced options to choose from, given the relative pros and cons of each. “Everybody has their favourite horse”, says Koff. Everything else being equal, he adds, his preference is to err on the side of platforms that are tried and true.

While vaccinologists hope that multiple vaccines will make it to the finish line, in part to alleviate manufacturing challenges, the odds are stacked against success. “All the platforms will not work”, says Adrian Hill, a vaccinologist at the University of Oxford and part of the team developing AZD1222. The typical success rate for vaccine development is 6%.

With reassuring preliminary preclinical and phase 1 data starting to trickle in, larger trials are now needed to separate any contenders from pretenders. Despite the need for speed, though, caution is needed. A flurry of small and rapidly designed clinical trials of proposed COVID-19 drugs has left the medical community with as many questions as answers on the safety and efficacy of these agents. The stakes are higher still with vaccines. A key concern is that ineffective vaccines could exacerbate disease, through antibody-dependent enhancement or other mechanisms.

As the community grapples with how to quickly and efficiently generate high-quality data, a few questions loom large. “One of the most important things that we need to understand is what is the attack rate”, says Melanie Saville, director of vaccine development at the Coalition for Epidemic Preparedness Innovations (CEPI), which is working to coordinate global COVID-19 vaccine development. The higher the attack rate—the percentage of the population that will contract the disease over a given time—the faster a robust, event-based trial can get results.

Other factors are also in play. Some vaccinologists argue that vulnerable individuals and front-line health-care workers should be prioritised for any eventual vaccination. But vulnerable individuals, including older people, who are following physical-distancing recommendations should have lower event rates, increasing the sample size and time needed to collect efficacy data in these patients. Because aged immune systems are not as effective as younger ones, the results in one population might not translate to the other.

The University of Oxford and AstraZeneca, the first to begin phase 3 studies, are focusing primarily on healthy adults aged 18–65, both who work in front-line health-care settings and the general public. Their 10 000-participant trial is already underway in the UK. The trial is also recruiting a small number of older adults and children to start assessing efficacy in these cohorts. “We may not answer all the questions in one trial. But the absolutely key thing is to get enough efficacy data to figure out whether this works”, says Hill. A larger trial of this vaccine, in 30 000 volunteers in the USA, is also in the works for this summer.

Researchers at the US National Institutes of Health, WHO, and elsewhere are considering other options too. Challenge trials, in which volunteers are vaccinated and then treated with live virus, could speed things up. But the ethics and scientific merits of this approach remain up for debate. Umbrella trials, meanwhile, could be used to test multiple vaccines under a single trial protocol. By standardising decisions such as recruitment criteria and endpoints, these trials make it easier to compare and contrast any findings. There can also be pragmatic benefits, such as the ability to use a single placebo arm to reduce the overall size and cost of these trials.

However, umbrella trials are hard to coordinate at the best of times. “We tried to do this with tuberculosis vaccines, malaria groups tried to do it, HIV groups tried to do it. It just never happened”, says Thomas Evans, CEO at Vaccitech, an Oxford University spin-out that helped develop the platform on which AZD1222 is based. “It’s difficult from both a regulatory and organisational point of view.”

And there is little time to spare. “When you find a high transmission place, you don’t want to wait until the whole thing is coordinated to go in”, says Hill. His team is racing ahead while the virus is still raging in the UK.

It might be possible to get the best of these master protocols without the organisational pains they entail, adds Heaton. If the community can rally around agreed-on design features, such as endpoints and case definitions for adverse events at the outset, the results will be more comparable even if they are not officially from a single trial. “There are a lot of groups working towards that, so I’m hopeful”, says Heaton.

Global appetite for any successful vaccines, if and when they are ready, will bring its own difficulties. Developers are starting to scale up production even now, despite the risk that their favoured candidates will fall short. Distribution, delivery, and administration need to be worked out. And then there is the issue of access. With the public sector investing heavily in the development of these vaccines, there are growing calls for universal vaccine accessibility, but nationalistic, geographical, and commercial factors could stand in the way.

“We absolutely need COVID-19 vaccines available globally”, says Heaton. “We’ll have to wait and see how things play out.”