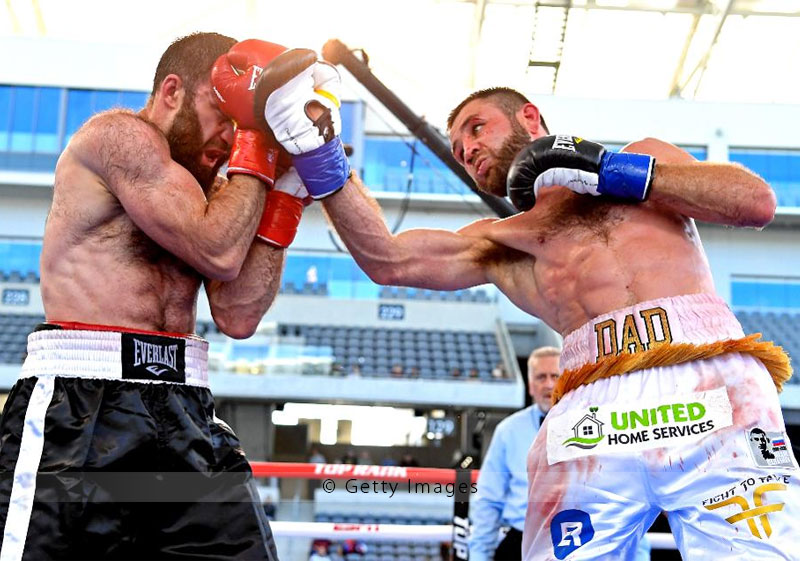 The Harsh Financial Impact The Coronavirus Shutdown Could Have On Boxers

The Harsh Financial Impact The Coronavirus Shutdown Could Have On Boxers

March 20, 2020
Under One Ceiling
When professional fighters don’t fight, they don’t get paid.

The coronavirus has impacted hundreds of fighters over the past two weeks and will impact hundreds more in the coming months. In just the last few days, event after event has been canceled. And if a scheduled fight doesn’t take place, fighters are out of luck.

In many other professional sports, such as the NBA, player contracts are guaranteed, or largely guaranteed, so any coronavirus cancellations are a less immediate concern. The NFL is one notable exception; as David Canter, an agent and the CEO of DEC Management, told me, “NFL players wouldn’t get paid unless they play games, other than bonuses and workout bonuses that are already due.” But there’s still a big difference with boxing. The NFL has 1,696 players on active rosters, with an average salary of $2.6 million. Boxing, meanwhile, has approximately 32,000 active fighters spanning 16 weight classes worldwide. Getting data on the average income for fighters is nearly impossible because there is no formal boxing league, union or central organization, but based on my professional experience, let’s just say that the average ten-round fighter is probably making closer to $20,000 per fight, with 12-round world title fights ranging from $100,000 to $35 million.

Less than 1% of fighters are making million-dollar paydays. Even the majority of world champions are making hundreds of thousands, not millions. And in any case, fighters are subcontractors who must pay their own expenses, and there’s no way for them to recoup any money they spent in the lead-up to a canceled fight—during the six to eight weeks of a training camp, for instance. Most fighters simply cannot afford not to fight. The coronavirus cancellations threaten their ability to make ends meet.

Top Rank Boxing, one of the world’s leading promoters, chose to err on the side of caution last week by canceling its scheduled fights in New York, which were set to feature WBO featherweight world champion Shakur Stevenson vs. Miguel Marriaga and Michael Conlan vs. Belmar Preciado. Although Top Rank was acting responsibly, it doesn’t change the impact these cancellations have on the participants.

Fight is off, gutted to say the least spent alot of time away from my family & spent alot of money on training for this but unfortunately it’s been postponed to hopefully a date very soon! Wishing everyone health at this weird time. What a crazy fucking day 😳🙏🏼 #ConlanRevolution https://t.co/kyQYJoop7o

“We went through a full eight-week training camp and all of the expenses that come with that,” Stevenson, who did all of the right things leading up to the fight to help promote his world title defense, told me. “Training camp definitely wasn’t cheap, but I wanted to do everything I needed to be to be in the best shape possible on March 14. Now all of that is gone.”

He added, “I hope I will be back in the ring soon, but I’m waiting to see what’s next just like everyone else.”

I typically do not write about fighters I manage to avoid conflicts of interest, but in this case, I’m making an exception to illustrate firsthand what many fighters are experiencing in these uncertain times.

As of a week ago, four fighters I manage were scheduled to fight over the next six weeks. All four pending fights have been canceled. In boxing, “postponed” is just a more comforting way of saying “canceled”; happening in the future doesn’t help these boxers eat today.

Some promoters have stepped up to pay fighters, even though they’re not obligated to do so. Lou DiBella, a Hall of Fame promoter and the CEO of DiBella Entertainment, chose to pay my client Emmanuel Tagoe his full purse for a fight that was scheduled to take place on Thursday at the Showboat in Atlantic City. This is extremely rare, but a veteran like DiBella understands what’s at stake for a fighter like Tagoe who is so close to fighting for a world title.

Tagoe is already back in his hometown of Accra, Ghana, after spending four months in South Florida in training camp with trainer Javiel Centeno at Centeno’s Sweatbox Boxing Gym. Training camp didn’t come cheap, though. Tagoe had incurred close to $15,000 in living and training expenses since arriving in the United States on November 19.

But for Tagoe, the WBO No. 3-rated lightweight in the world, it’s not just about the money. Fighting helps keep boxers active, which is what keeps them from getting what is referred to as ring rust in the industry.

There’s an emotional toll as well. Tagoe celebrated his birthday, Christmas and New Year’s away from his wife and children, who remained in Ghana while he was training.

In this case, the purse payment will cover his expenses, so it’s a financial wash—but he doesn’t get the win on his record.

George Kambosos Jr., the top-rated IBF lightweight contender, arrived in the United States on March 7 to begin camp at Centeno’s Sweatbox Boxing Gym in preparation for his IBF final eliminator against Lee Selby. The winner would be the mandatory challenger to face the winner of Vasyl Lomachenko vs. Teofimo Lopez for the undisputed lightweight championship.

Kambosos is set to earn a career-high purse for the fight, scheduled for May 9. While the fight hasn’t been formally canceled by Matchroom Boxing, promoter Eddie Hearn told me directly via a WhatsApp message that it’s unlikely the bout will take place and that it could be rescheduled for July. To make matters worse for Kambosos, after ten days in camp, Fort Lauderdale, Florida, ordered all gyms closed. This includes Centeno’s SweatBox, even though it’s a private facility.

Kambosos faces other challenges, including getting back home to Sydney, Australia. All the while, he is shouldering all of the expenses, which include a two-bedroom condo in South Florida, food, a rental car and sparring partners he flew in to camp. All of these expenses are not recoupable.

“I have to keep training as if I’m fighting on May 9, although I’m almost certain it’s not happening,” Kambosos said. “It’s a huge sacrifice for my family and for me financially as I have to cover 100% of my training expenses. This is something my promoter, DiBella Entertainment, isn’t participating in. While they’ve advanced me money for training, in the end, it comes out of my purse. If the fight is canceled, I lose the thousands of dollars I’ve already invested in travel, living expenses, sparring partners, food, nutrition, training recovery and everything that goes into preparing for the biggest fight of my life to date.”

Kambosos continued: “If the fight is rescheduled for down the road, the process and expenses start all over again. It is what it is. This is my sacrifice to achieve my dream of becoming a world champion.”

The soldier works till he’s told to stop working. With the looming decision of possible cancellation of his May 9th title eliminator @georgekambososjr presses on in camp till the end. @sweatboxboxinggym . pic.twitter.com/AzGw1lS7yf

Fighters like Van Heerden, who is promoted by Top Rank, rely on sponsorships to help see them through the expenses of training camp. United Home Services, a company that provides services like A/C installation and chimney cleaning, has been supporting Van Heerden for two fights now and has been covering a portion of his expenses.

For United Home Services, the exposure of an appearance on an ESPN broadcast is the reason they find value in a partnership with Van Heerden. With the future fight date uncertain, everyone is in a holding pattern.

Training camp off to a good start with South African welterweight contender @chrisvanheerden001 and Kazakh professional boxer and 2016 Olympic Gold medalist @yeleussinovdaniyar getting some rounds in this morning in preparation for their mutual fights April 17th. pic.twitter.com/sFLEYyF5Gn

Nikoloz Sekhniashvili, from Gori, Georgia, was scheduled to fight at the April 17 event with Van Heerden. (Both are promoted by Top Rank.) Sekhniashvili has been in camp since February on a P-1 visa that allows him to live and train in the United States. Now that his fight has been canceled, he is living in a one-bedroom condo with no gym and no way to get back to Georgia, which has restricted entry into the country. Sekhniashvili doesn’t speak English and is feeling more isolated than ever during this stressful time.

Sekhniashvili has a 5-0 record, with four knockouts, but he is lower on the boxing totem pole, and his next fight date is even more uncertain now. In the meantime, the living expenses are piling up, with no way to offset them, and he can’t even go to the gym to train.

That is just a microcosm of what all fighters in the industry are facing right now. Add in the fact that many are being placed into forced quarantine scenarios or dealing with shelter-in-place orders, and they couldn’t even get a different job if they wanted to. This is the side of professional boxing that many fans don’t realize: At this unique moment in history, while other athletes are still getting paychecks, fighters who don’t fight are left with nothing.