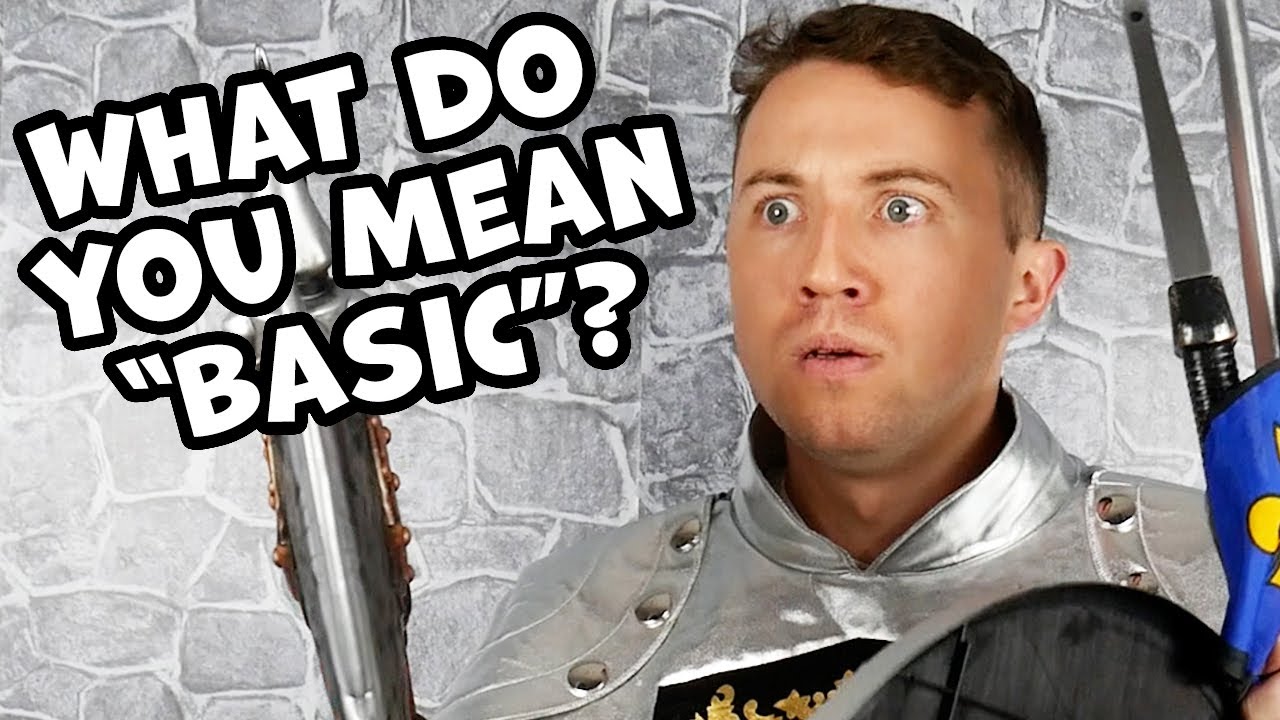 Welcome to No Shame November! This week we’re diving into the pop culture we love that society tells us we shouldn’t.

The last thing you want to be thinking while playing Dungeons and Dragons is, “Is my character boring?”

Yet that was the thought that crept into my head as I got further into my first-ever Dungeons and Dragons campaign, which began in January of 2021 and is still going strong more than 10 months later.

For the uninitiated, Dungeons and Dragons is a tabletop role-playing game where you and your fellow players build characters and play out a story alongside your Dungeon Master. When you make a character, you choose a race, like human or dwarf, and a class, like barbarian or sorcerer. What you choose determines what kind of abilities your character has.

My character is a half-elf fighter named Elenanthe. Not to be too dramatic, but if anything happens to her, I’ll be completely devastated. Despite my deep attachment to her, I also recognize that she has a somewhat limited skill set. She isn’t a magic user, she’s not at all stealthy, and her low charisma score makes her the opposite of a people person.

Before this turns into the Roast of Elenanthe, it’s worth noting that she’s an absolute beast in combat situations. One of the delightful features of playing a fighter is that as you level up, you gain extra attacks, meaning you can hit enemies multiple times per turn and deal more damage.

In a world in which I could have been anyone, I chose to be someone who is half-human and whose primary power is just being strong as heck. In short, I chose to be basic.

As fun as doing all that damage is, every round of combat for Elenanthe goes roughly the same way: She hits someone the allotted number of times, occasionally using her Action Surge or Second Wind as a bonus action. Meanwhile, the other players in the campaign cast a variety of spells, deflect projectiles, and deal extra damage through sneak attacks. My tried and true method of bonking people over the head with a sword feels repetitive by comparison.

The worry that Elenanthe was boring only grew as I watched Dungeons and Dragons-related content online, including gameplay and sketches poking fun at different classes or what it’s like to play a fighter. When it comes to fighters, especially human fighters, the punchline boils down to “They’re basic.”

While these sketches and jokes are all in good fun, they reinforced my worry that I had created a boring character. In a world in which I could have been anyone — a tiefling rogue, a dwarf monk, a halfling sorcerer — I chose to be someone who is half-human and whose primary power is just being strong as heck.

In short, I chose to be basic. And after 11 months of play, that’s something I’m totally fine with.

Fighters may be easier to play, but they definitely have a lot of appeal beyond just being good at fighting. In many ways, their simplicity makes them a blank slate that you can take in a lot of interesting directions, story-wise. Plus the Martial Archetype you choose once you reach the third level gives you a chance to spice your fighter up a little bit. For example, if you choose to be an Eldritch Knight, you get to learn some magic.

My own thought process for creating Elenanthe was this: It’s my first Dungeons and Dragons campaign, so I want to get a handle on the game mechanics. Being a fighter was a perfect introduction to the game, especially the combat portions. As for making Elenanthe a half-elf, that was a choice that worked both in terms of the narrative of the campaign and in terms of personal comfort: I figured role-playing as a character who is half-human would come more easily to me (you know, a human) than if I had chosen to role-play something like a goblin.

All this is to say that if you want to ease into the world of Dungeons and Dragons and play something closer to home, go for it. You can move out of your comfort zone when thinking about your character’s personality and backstory, but if you’re nervous about the numbers, it’s perfectly fine to keep it simple. Basic, even.

Your character may be the most basic thing in the world, but as long as you care about them and add your own flair, they will never be a bore.

After all, Dungeons and Dragons is a collaboration, not a competition. You’re building a story with your fellow players and your Dungeon Master. There’s no need to have the “coolest” character at the table. As long as your character serves the greater narrative and you have fun playing them, you’re golden.

I’m not saying that race and class don’t matter when building a character — they definitely do! However, they serve more as a jumping-off point for what really makes a character who they are: You. As a player, you’re in charge of your character’s likes and dislikes, their strengths and flaws. You decide how they act around other characters and how they react to each situation your Dungeon Master throws at you. When you don’t bother to figure these things out, your character runs the risk of being boring.

That’s the fundamental difference between a basic character and a boring one: You could build the most complicated, most overpowered being that Dungeons and Dragons has ever seen, but it wouldn’t mean anything if you didn’t develop them any further. On the other hand, your character may be the most basic thing in the world, but as long as you care about them and add your own flair, they will never be a bore.

If you’re struggling with a character or just building one for the first time, here are some of the strategies I used to understand who Elenanthe is beyond just “half-elf fighter.”

Talk to your Dungeon Master

Your Dungeon Master is an excellent resource if you need help or have concerns about your character. Before building Elenanthe, I talked at length with my Dungeon Master about my comfort levels as a new player, and how to fit my character into the campaign’s wider narrative. As the campaign progressed, we also discussed fleshing out my backstory and introducing a new non-player character from Elenanthe’s past, which helped me better understand where her arc may be headed. It’s important to remember that your Dungeon Master is working with you, not against you, so don’t be afraid to check in.

Talk to your party

Your fellow players are also a great place to look if you want to develop your character further. Everyone in my party is a far more experienced Dungeons and Dragons player than I am, so I’ve found it immensely valuable to watch how they play and learn from them.

On top of that, I’ve enjoyed role-playing smaller in-character scenes with them outside of the main sessions, which is something you can also do with your Dungeon Master. These smaller scenes help you dial into your character’s relationships and may allow you to explore things you weren’t able to explore during a larger session.

7 of the best board games for interactive play

You can also look for advice from other Dungeons and Dragons fans online. There are plenty of content creators who offer recommendations on ways to improve your playing experience. I’ve enjoyed videos by Ginny Di and XP to Level 3 (his take on human fighters is spot-on), but that’s only scratching the surface.

Thanks to Dungeons and Dragons’ popularity, there’s a lot of content out there for you to dig into if you’re looking for character ideas. Shows like Critical Role and Dimension 20 have kept me excited about playing even when I haven’t had a session in a while, as has making my own art of Elenanthe and writing short stories about her. Watching others play and tapping into your own creative outlets can help you dial into your character and the greater world of your campaign, and it’s an easy way to get engaged in building your character further when you feel, like I once did, that they’re boring.