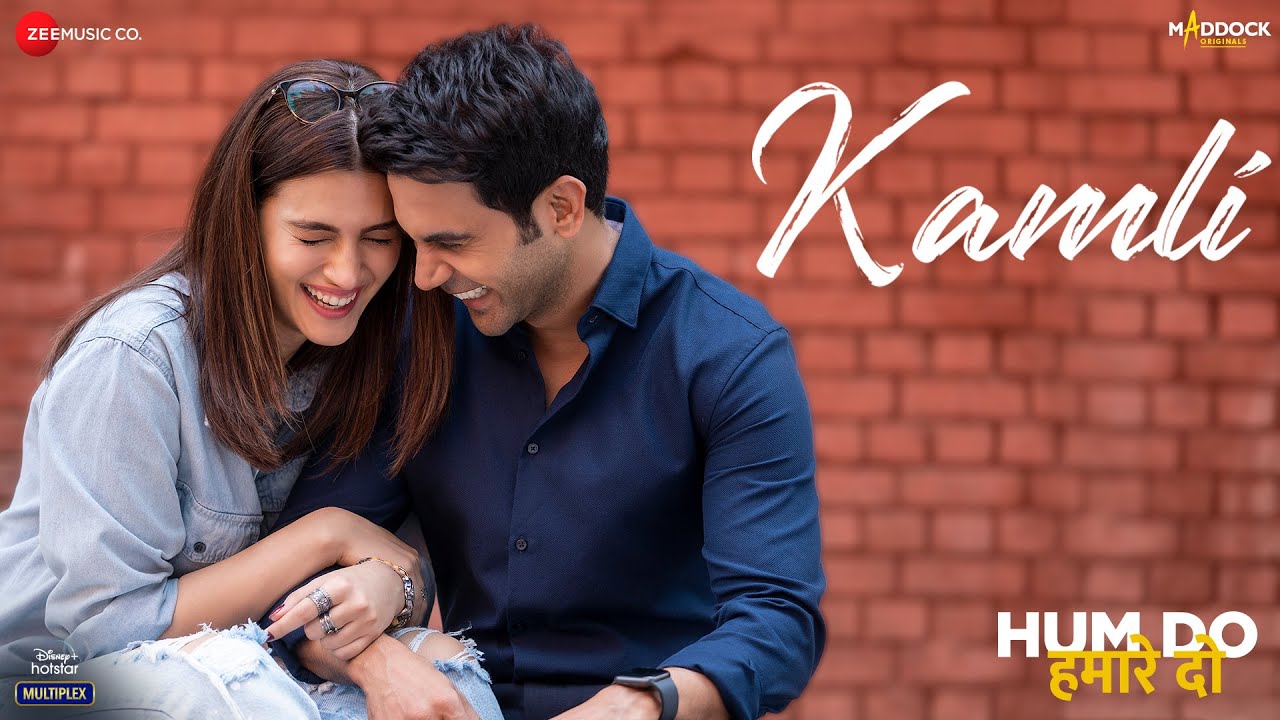 International Entertainment
October 21, 2021
Under One Ceiling 0

Rajkummar Rao and Kriti Sanon‘s Hum Do Humare Do is already creating a buzz thanks to the trailer and the recently released song Bansuri. Fans loved their chemistry in the groovy number and the trailer is hilariously captivating as well. And while we wait eagerly for the rom-com’s release, the makers have dropped one more song from the film titled Kamli. And I must say that it will be the next popular song among all the people out there who are in love.

The track is a beautiful one sung by the super talented Jubin Nautiyal, Divya Kumar and Sachin-Jigar. It will instantly transport you to a magical world and Kriti-Raj’s innocence is just too adorable. The song at times gives you a feel of Kriti and Kartik Aaryan‘s song Photo from Luka Chuppi but this one surely has its own charm as well. It shows Kriti and Raj’s journey of love until their marriage in the film and it just proves that we can safely expect the right amount of romance and comedy from Hum Do Humare Do.

Directed by Abhishek Jain, Hum Do Hamare Do will also feature Paresh Rawal, Ratna Pathak Shah and Aparshakti Khurana. It is produced by Dinesh Vijan‘s Maddock Films and is set to release on October 29, 2021 on Disney Plus Hotstar. This song just made me want to watch the film even more but for now, all I can do is hear it on loop. It’s that sweet!

0
0   0
previous The very best knitwear to elevate your cosy looks this season, from dresses and jumpers to vests and skirts
next राकेश बापट इस वीकेंड पर करेंगे बिगबॉस 15 में एंटर