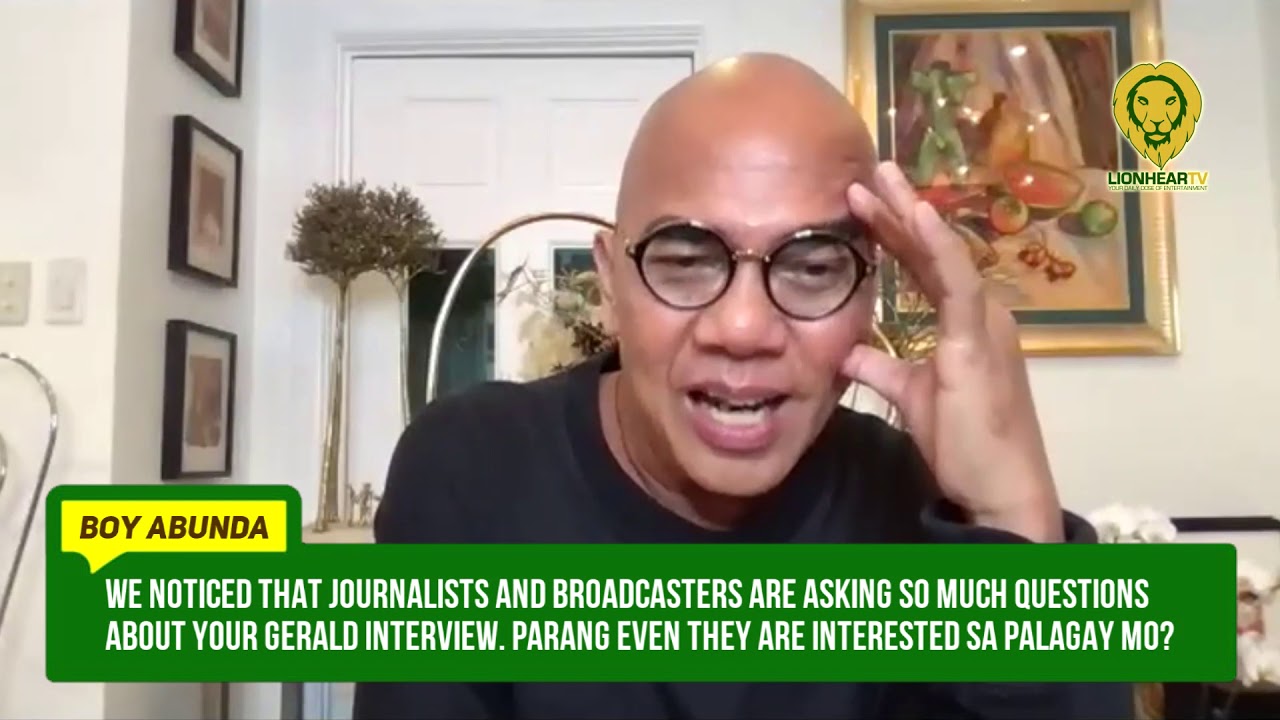 Philippines Entertainment
August 25, 2021
Under One Ceiling 0

Janus Del Prado revived the long-buried ‘milagro’ controversy during the set of My Perfect You after Gerald Anderson sought forgiveness from his now-ex girlfriend, Bea Alonzo.

Tito Boy asked the actor what his message to his ex-girlfriend would be and his response: “More siguro kay Bea. Huwag na po siguro mandamay ng ibang tao. But I really pray sana, I really hope na she will find it in her heart to forgive what happened. Forgive me, naghohope lang po ako.”

In 2018, a controversy that involved the stars of the film My Perfect You, Anderson, and Miss Universe 2015 Pia Wurtzbach, wherein Alonzo, who was then [still] the actor’s girlfriend at that time, unfollowed both on her Instagram while marking it as their first break-up.

Though the issue got resolved and the two got back together, Del Prado, on his Instagram on August 23, posted a warning against ‘trolls’ and defenders of an unnamed actor.

The following day, he finally revealed his ‘secret weapon.’ He rekindled the Bea-Gerald-Pia 2018 issue.

This time, he reminded the ‘nameless’ actor, to stop playing the victim, after he sided with him when the ‘milagro’ issue caused a ruckus.

Before he posted such, Del Prado already shared some cryptic posts on his IG following Anderson’s apology.

He started with this post: “Never allow anyone back in your life that has tried to destroy you in the past, even if they say they’ve changed. Remember, only a snake only sheds its skin just to become a larger snake.”

Then on another post, he threw some shade by posting that an actor, which he named ‘G’, is trying to ask for forgiveness to ‘B’ and yet was not able to say sorry to them and the director of the film One More Chance.

His rant did not end there. In a post, Del Prado then shared a guideline of how to apologize.

Del Prado and Alonzo worked together in the 2007 film One More Chance, a project of esteemed film director Cathy Garcia-Molina, where the three formed their friendship

Back in 2019, Anderson and Alonzo ended their relationship in a controversial fashion.

There were speculations that time about the brewing romance between the former PBB housemate-turned-actor and his Between Maybes’ leading lady, Julia Baretto, though both denied it at first.

Now, the two are already together.

As of this writing, there were no statements from Anderson, Wurtzbach, Alonzo, and Barretto.

0
0   0
previous Elevation Worship releases new single ‘Might Get Loud,’ out now
next Yassi Pressman excited to see Julia Montes in ‘FPJ’s Ang Probinsyano’; explains reason why she left the show