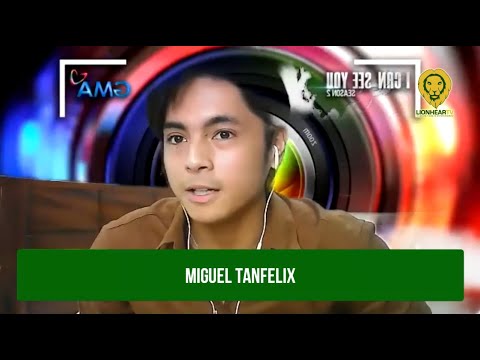 Philippines Entertainment
September 22, 2021
Under One Ceiling 0

Before the cast of GMA Network’s much-anticipated live adaptation of the popular animé Voltes V: Legacy wear their iconic suits, other celebrities had worn it first for a Kapamilya show.

In a mall show back on May 2, 2005, these artists wowed mall-goers at three Megamall theaters with their costumes representing their characters in the animé, enticing both young and older people to watch the show.

Voltes V Evolution premiered on May 6 and was aired every weekend at 8:30 p.m.

Where are these star-studded voice talents now?

De Mesa, who voiced Dr. Hook, went on to have a fruitful acting career and is now part of the Kapamilya’s longest-running show FPJ’s Ang Probinsyano.

Pangan, the voice behind Draco, has already established himself as a rock icon after his band The Dawn and Jett Pangan Group disbanded.

Trillo, who dubbed the leader of Voltes V, Steve Armstrong, has become one of GMA Network’s most prized artists. He currently top-bills the Kapuso series Legal Wives.

De la Cruz, a former Pinoy Big Brother (PBB) housemate and the voice of Big Bert Armstrong, went on to pursue politics, becoming a municipal councilor in his hometown.

Flores, who has now grown up, was the voice of Lil John Armstrong, the youngest of the Armstrong siblings. He continued his acting career after he graduated from the now-defunct gag show Goin’ Bulilit.

Chan, the man behind the voice of Zuhl, became a theater actor while playing minor roles on a variety of shows. He also was part of the international Kapamilya series Almost Paradise.

Bitangcol, the voice of Prince Zardos, continued his acting career after winning the Kapamilya reality talent search Star Circle Quest in 2004. His latest project was in 2019 when he made an appearance in ABS-CBN’s The General’s Daughter as the young Marcial, who later became Brigade General Marcial de Leon, played by now-Kapuso Albert Martinez.

Arellano continued being a voice actor and has become a YouTube content creator, where he showcased his dubbing skills. He was the voice of Mark Gordon in Voltes V Evolution and also dubbed Uzumaki Naruto for the Tagalog version of the Japanese animé Naruto.

Valdez, the voice of Princess Zandra, has done a number of shows and movies as an actress. Being the most recent was her role in the Kapamilya drama anthology series Maalaala Mo Kaya.

Park, part of the 2004 Star Circle Quest, gave life to Jamie Robinson in Voltes V Evolution. She has now returned to South Korea and became a pop icon after becoming a member of the popular Korean group 2NE1.

Meanwhile, due to Voltes V‘s popularity in the Philippines, GMA Network has partnered with its animé company Toei Animation to have a live adaptation of Voltes V: Legacy.

The upcoming Kapuso series has been raved on by Japanese fans as they expressed their excitement when its first trailer was released in February 2021.

The Network has yet to announce the show’s release date due to the pandemic, which caused delays in its production.

The post LOOK: Dennis Trillo, Sandara Park, among others once donned ‘Voltes V’ costumes for a Kapamilya show appeared first on LionhearTV.