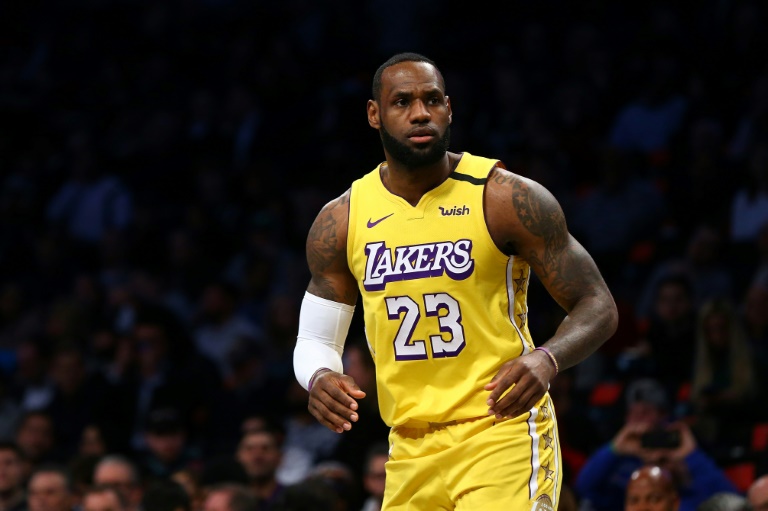 Basketball
International
May 28, 2020
Under One Ceiling 0

LeBron among US athletes outraged at black man’s death

LeBron among US athletes outraged at black man’s death

May 28, 2020
Under One Ceiling
Superstar of NBA LeBron James was among the US athletes taking to social media in outrage over the death of a black man in Minnesota after a white policeman kneeled on his neck for several minutes.

Four Minneapolis police officers were fired Tuesday as a video showing one of them kneeling on the neck of George Floyd, a handcuffed black man who later died, sparked protests.

Kaepernick was ostracised by the NFL for kneeling during the playing of the national anthem in a protest against police brutality and racial injustice.

“This… … Is Why,” James posted on his Instagram feed with side by side photos of the white policeman kneeling on Floyd’s neck and Kaepernick kneeling on the sideline.

Other figures from the sports world speaking out over the Minneapolis incident included Golden State Warriors coach Steve Kerr.

“This is murder. Disgusting,” Kerr tweeted. “Seriously, what the hell is wrong with US????”

Warriors star Stephen Curry lamented yet another death involving an unarmed African-American man at the hands of law enforcement.

“I’ve seen a lot of people speak up and try to articulate how fed up and angry they are,” Curry wrote on Instagram.

“How many times do we have to see black men killed on national television? This has been going on for entirely too long,” Johnson said.

“We need to start seeing black people as human beings and not animals on the street.”

Dallas Cowboys linebacker DeMarcus Lawrence wondered how any African-American could feel safe after watching the video.

“DONE BEING QUIET AND DONE BEING ANGRY,” Lawrence tweeted. “HOW CAN WE FEEL SAFE WHEN THOSE MEANT TO PROTECT US ARE KILLIN’ US?!!!! WHEN WILL MINORITIES BE FREE TO BE AMERICANS IN AMERICA!?”

Former US Soccer international forward Taylor Twellman posted the video on Twitter with the message: “When will it stop?! Honestly this is murder in plain daylight.”

Floyd’s death drew comparisons to the 2014 death of Eric Garner, an unarmed African-American who died in New York after being placed in a chokehold by police, begging to be released and saying, “I can’t breathe.”

0
0   0
previous Coronavirus: WHO halts trials of hydroxychloroquine over safety fears
next Trump threatens to 'close down' social media after tweets tagged