Lifestyle
Home Sports Basketball Coronavirus: NBA Not In A Position To Make Any Decisions On Season, Says Silver 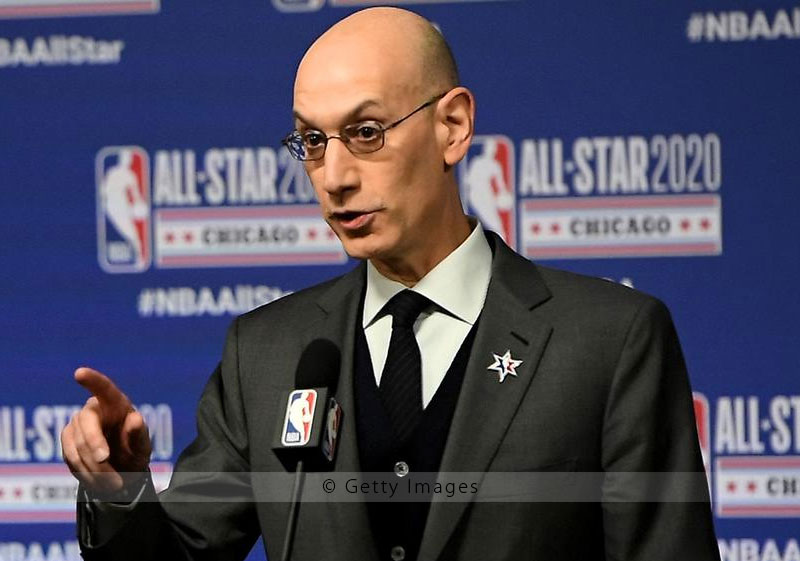 Coronavirus: NBA Not In A Position To Make Any Decisions On Season, Says Silver

Coronavirus: NBA Not In A Position To Make Any Decisions On Season, Says Silver

April 18, 2020
Under One Ceiling
Adam Silver, NBA commissioner, said the league is not in a position to make any decisions as there is still too much uncertainty amid the coronavirus pandemic.

The NBA has been suspended since March 11 due to the COVID-19 crisis, which has killed at least 154,100 people worldwide.

It remains to be seen when, and if, the 2019-20 season will resume as the United States struggles to contain the outbreak following more than 709,000 confirmed cases and over 37,100 deaths in the country.

While the NBA remains committed to resuming the campaign, Silver told reporters there is still no timetable for a possible restart.

“Based on the reports that we got from varied outside officials, current public health officials … we are not in a position to make any decisions,” Silver said in a conference call on Friday. “And it’s unclear when we will be.”

Silver added: “There is a lot of data that all has to be melded together to help make these decisions. That is part of the uncertainty. We are not even at the point where we can say if only A, B and C were met, then there is a clear path.

“I think there is still too much uncertainty at this point to say precisely how we move forward.

“I’ll add that the underlying principle remains the health and well-being of NBA players and everyone involved. We begin with that as paramount.”

The NBA is reportedly exploring the possibility of holding the entire postseason in one location – Las Vegas. There has been talk the league could head straight into the playoffs if the campaign resumes.

“We are looking at all those things right now,” Silver said. “I’d say that in terms of bubble-like concepts, many of them have been proposed to us and we’ve only listened.

“We are not seriously engaged yet in that type of environment because I can’t answer what precisely would we need to see in order to feel that that environment provided the needed health and safety for our players and everyone involved.

“I know it’s frustrating, it is for me and everyone involved that I am not in position to be able to answer the question. … There is still enormous uncertainty around the virus as well. Now there is a lot that is changing quickly and we may be in a very different position some number of weeks from now.

“But it is why I initially announced at the beginning of April that I felt with confidence we would not be able to make any decisions in the month of April. I should clarify that I didn’t mean to suggest that on May 1 I would be in a position.”