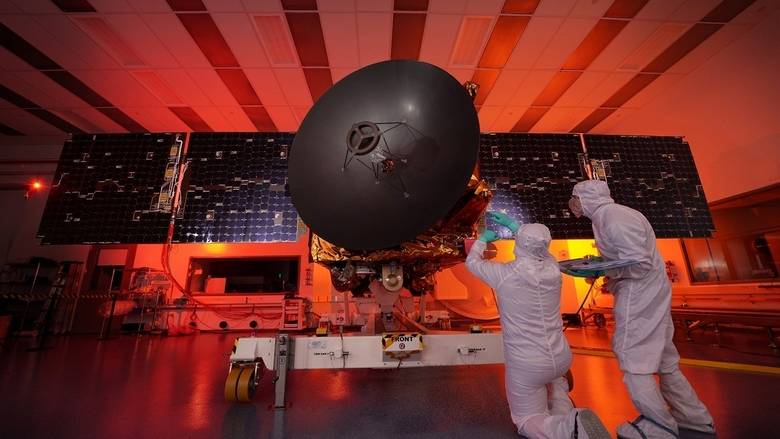 Assistant director-general at MBRSC said the mission has far-reaching impact on the space sector in the UAE.

The Emirates Mars Mission will open up a new chapter in the UAE’s relatively young space programme, a top official has said.

Speaking to Khaleej Times ahead of a talk at the Emirates Lit Fest panel, Salem AlMarri, assistant director-general for science and technology sector at the Mohammed Bin Rashid Space Centre (MBRSC), said the mission has far-reaching impact on the space sector in the UAE.

After sending its first astronaut to space last year, the UAE is set to become the first Arab country to attempt a mission to Mars. The Hope Probe aims to closely study the Red Planet’s atmosphere and weather patterns, with final checks being conducted presently ahead of the launch on July 15.

“Under the wise vision of His Highness Sheikh Mohammed bin Rashid Al Maktoum, Vice-President and Prime Minister of the UAE and Ruler of Dubai, the UAE is investing in developing its capabilities in the space sector across communication, earth observation and deep space exploration, a critical dimension to our long-term vision. The Hope Probe is accelerating the development of the UAE’s space, education, science and technologies sector.”

Almarri also said the UAE’s space programme has been witnessing remarkable growth and is currently the largest across the region. “Globally, the UAE’s space sector stands as young, ambitious and formidable.”

Mars remains an important pursuit for the UAE’s space programme, with a 2117 project being planned with an aim to have human settlement on the planet. “The Emirates Mars Mission is part of the UAE’s long-term strategy of exploring Mars. The planet’s proximity to Earth makes it ideal for humans to colonise it one day. Moreover, Earth and Mars, while very different, share a lot of similarities such as the presence of polar ice caps, seasonal variability, rotation, the amount of sunlight and topography, amongst others. While colonising Mars may seem like a distant dream, it is essential to study every aspect of the planet for the future of humanity,” he added.

He also said that while the Red Planet offers a harsh environment for life to thrive and poses multiple challenges for human settlement, the current initiative aims to address these challenges in the coming years through research and development, education, capabilities building and global collaboration.