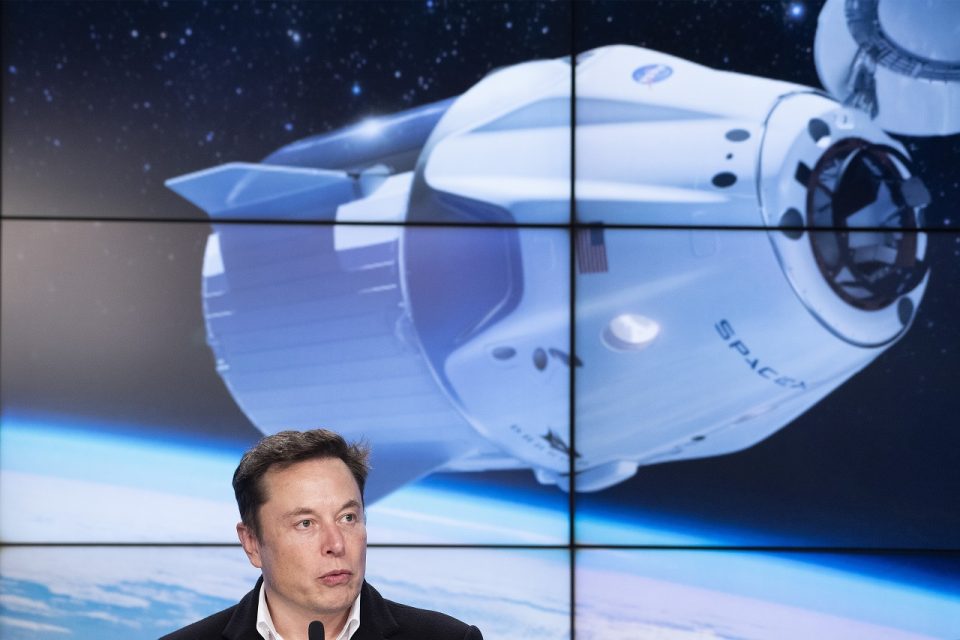 February 20, 2020
Under One Ceiling
SpaceX announced a new partnership Tuesday to send four tourists deeper into orbit than any private citizen before them, in a mission that could take place by 2022 and easily cost more than $100 million.

The company signed the deal with Space Adventures, which is based in Washington and served as an intermediary to send eight space tourists to the International Space Station (ISS) via Russian Soyuz rockets.

The first of these was Dennis Tito, who paid $20 million for an eight hour stay on the ISS back in 2001. The last to go was Cirque du Soleil founder Guy Laliberte, in 2009.

The new tourists would be carried on SpaceX’s Crew Dragon capsule, which was developed to transport NASA astronauts and is due to make its first crewed flight in the coming months.

“Our goal is to try to get to about two to three times the height of the space station,” Space Adventure’s president Tom Shelley told AFP.

The ISS orbits at 400 kilometers (250 miles) above Earth’s surface, but the exact altitude of the Space Adventures mission would be determined by SpaceX, added Shelley.

At its earliest, it could take place by late 2021, though “probably more likely is sometime in 2022,” he said.

The capsule was designed to take astronauts from the surface to the ISS. Just nine square meters in volume, there are no private areas to sleep wash or use the bathroom.

Mission duration will depend on what the customers want, said Shelley.

Asked about the cost, Shelley replied: “It’s not cheap.”

The cost of launching a Falcon 9 rocket is $62 million, according to publicly available figures, then there will be the cost of building a fresh Dragon capsule. Could it exceed $100 million?

“Your assessment is correct, I can’t comment specifically on the numbers, but yeah those are the cost components,” he said.

“We have a pretty good network of high net worth individuals around the world, many of whom we know are interested in spaceflight,” he added.

Unlike space tourism to the ISS, which required six months of training in Moscow, the next mission will need four weeks of participation in the US.

After a gap of 12 years, Space Adventures also wants to send two more tourists to the ISS on board a Russian rocket in 2021.

Back in 2005, the company announced, amid great fanfare, that it planned to send two tourists around the Moon — but that mission has now been abandoned, confirmed Shelley.

The two are developing vessels to send tourists just beyond the border of space (80 kilometers or 100 kilometers, depending on the definitions chosen by both). Tickets for Virgin started at $250,000 when they first went on sale in the mid 2000s.

SpaceX’s offering is far more ambitious and powered by the same reusable Falcon 9 rocket that puts satellites into space and send astronauts to the ISS.

At the same time, Boeing is also developing a crew capsule called Starliner, also with the intention of transporting US astronauts to the ISS.

Like SpaceX, Boeing also envisages sending tourists into space, but the program’s development is hampered by major glitches that resulted in the early termination of an uncrewed test flight in December.