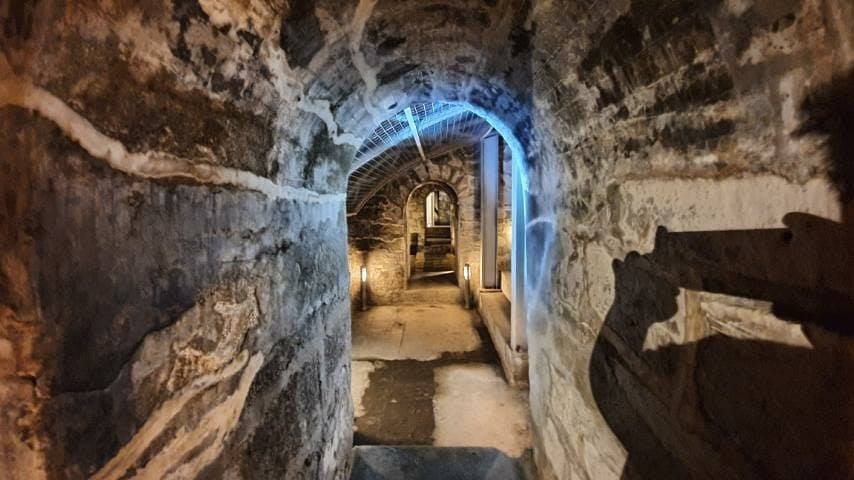 The newest historical attraction to see in Manila are the dungeons of Fort Santiago which the Intramuros administration announced open to the public on Jan. 31, 2020.

The historic dungeons, which had served as a storage facility in 1599, and then later as a prison complex for prisoners of war in the 1700s, are now well lighted and beautifully preserved as can be seen in these photos posted by the Intramuros Administration.

It’s a trip back in time.

The Intramuros Administration said that the dungeons are now open to the public from 2 p.m. to 10 p,m, daily, except from February 7 to 9, 2020 because of the Anthology Festival 2020 to be held in Fort Santiago.

Tourism Secretary Bernadette Puyat Romulo said that the dungeons are truly a sight to behold and attracting more young people who want to know the country’s history.

“This cavern which we now call the dungeons was originally built in 1599 as a storage facility for Fort Santiago’s valuable supply of arms and gunpower,” the Intramuros Administration said in a Facebook post.

“However, being near the Pasig River, this space was converted to a prison complex after the construction of a new storage area on higher ground in 1715,” it said.

Sheena Botiwey, technical assistant to the administrator, Atty. Guiller B. Asido, said that they have improved the lighting inside the dungeons.

It is closed during heavy rains since water seeps into the dungeons and the stairs become slippery too.

From time to time, renovation work is also done in the area.

There are also other attractions to see in Fort Santiago, including the Lego Fortress – structures in Fort Santiago that you cannot see anymore but are rebuilt using “lego” bricks, Botiwey said.